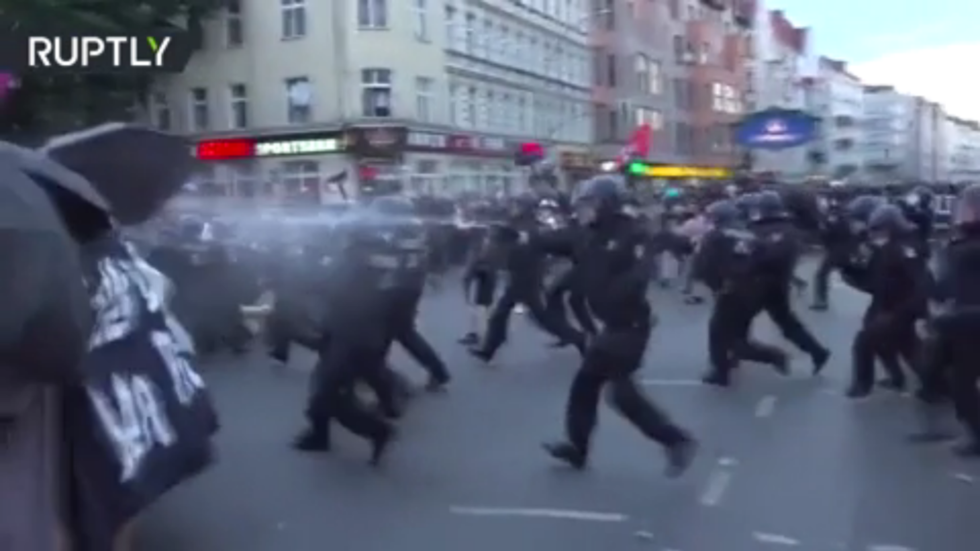 A large protest in Berlin against mandatory mask rules and other anti-coronavirus measures ended in clashes and arrests, after police ordered the demonstrators to disperse for refusing to obey social distancing guidelines.

Police estimate up to 20,000 people attended Saturday’s march through the German capital, with some reports putting the figure far higher. Demonstrators, most of them not wearing masks, carried placards with slogans against Covid-19 restrictions, vaccinations, and face “muzzles.” Officers intervened several hours into the protest, claiming that the participants were not adhering to social distancing rules.

Footage from RT’s Ruptly video agency shows organizers, who were addressing the crowd from a stage, being forcibly removed by police as onlookers shouted and booed. Officers then used loudspeakers to order the protesters to disperse. Several arrests were made after some of the demonstrators refused to leave the area. Footage shows some of the activists being carried away by police in riot gear.

Berlin police said that eighteen officers had been injured during the protest, resulting in three hospitalizations. The city deployed some 1,100 officers to monitor and eventually shut down the demonstration.

On the same day, Berlin police scuffled with…

“Friday Next Week Is going to be Phenomenal. It’s Going to Be EPIC!”

Inside Line recap: Tinder in Townsville