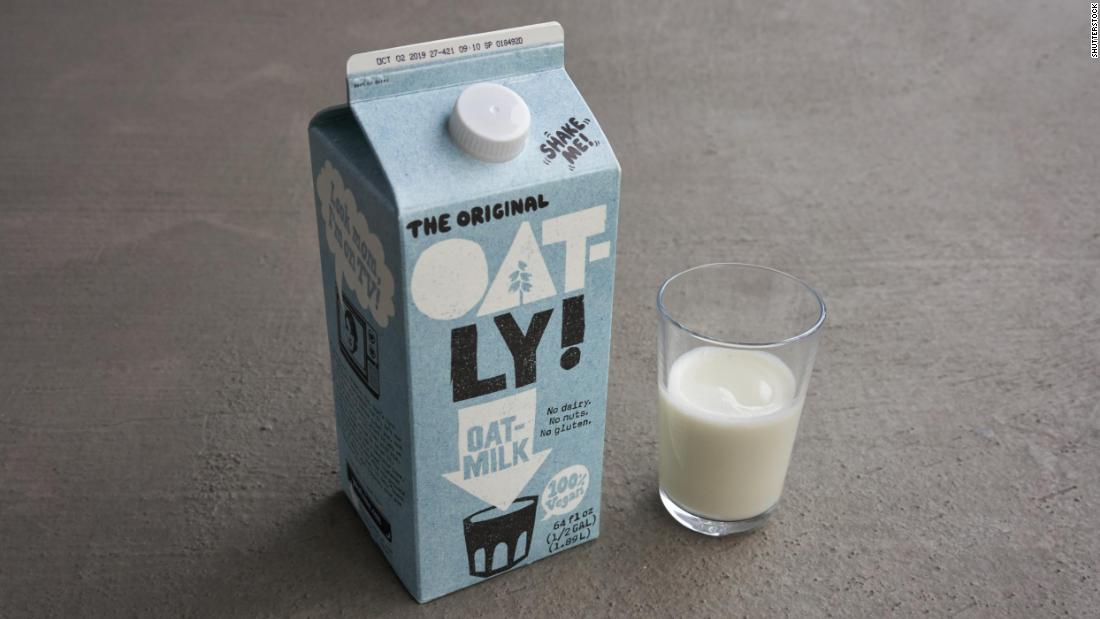 The equity investment represents a 10% share of the company, Sara Fletcher, an Oatly spokesperson, told CNN Business on Tuesday. The money will go toward expanding production and distribution capabilities in Europe, the United States and Asia.

The investment puts Oatly’s valuation at $2 billion, according to The Wall Street Journal, which first reported the news. The financial infusion could set the stage for Oatly to go public in the next 12 to 18 months or to be acquired, the Journal reported.

Sales of oat milk and plant-based dairy alternatives have soared in recent years and accelerated during the Covid-19 pandemic, as consumers stocked up on shelf-stable food staples.
Multinational companies are stepping up their offerings as well. Earlier this week, Nestlé (NSRGY) and Starbucks (SBUX) announced that Starbucks-branded non-dairy, almond milk and oat milk creamers were launching nationwide.
Post Views: 84