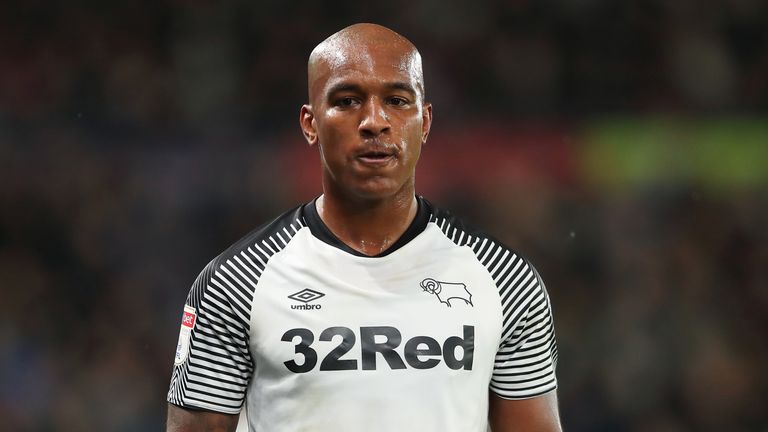 Phillip Cocu says Andre Wisdom may not play again for Derby this season, after he was stabbed during a mugging in Liverpool at the weekend.

The Derby manager has told the defender to take as much time as he needs to recover both mentally and physically from a “very frightening” ordeal.

Wisdom was slashed across the buttocks and head with a knife during the attack, where four masked men stole his watch in Toxteth in the early hours of Sunday morning.

The 27-year-old joined Derby from Liverpool for £4.5m in June 2017, having spent an earlier loan spell at Pride Park.

Wisdom has played 20 times for the Rams this season, with his last appearance coming in the 2-1 home win over Reading on Saturday, just hours before the attack took place.

When asked when Wisdom may return to action, Cocu confirmed he would not be available for the Saturday lunchtime game with East Midlands rivals Nottingham Forest.

He insisted the timing of his return will be left entirely up to the player.

“Definitely not for the weekend and I don’t know at the moment if he will play [again] this season,” Cocu said.

“It could be but maybe not. It is up to him and it depends on his recovery.

“Not only does he have to recover from his wounds, although he needs time for that, but also the mental impact of such an event, which is quite big.

“I said to him he can have the time he needs to get well and the moment he feels ready to come back and start training again, then the door is open for him but without any pressure.

“We need to give him all the time he needs to recover.”

Gallup poll: Donald Trump just got the best polling news of his presidency