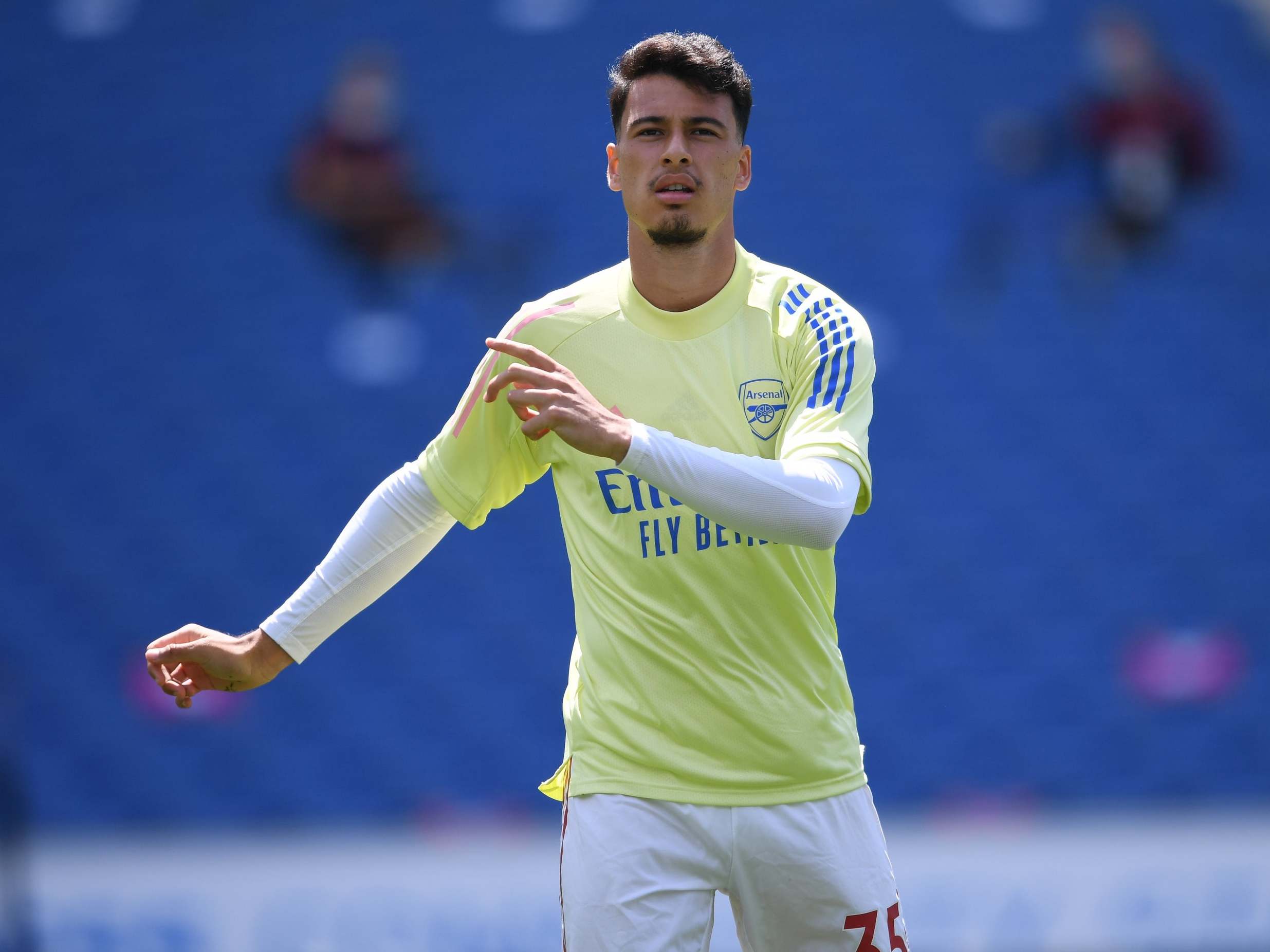 Arsenal have confirmed that forward Gabriel Martinelli will miss the remainder of the season after undergoing surgery on a knee injury.

The 19-year-old had enjoyed an impressive first season in England having joined the Gunners from Ituano, who ply their trade in the lower leagues of Brazilian football.

It was announced on Tuesday that a training ground injury had ruled Martinelli out of Thursday’s Premier League win at Southampton, but the club have now said he faces a prolonged period on the sidelines.

As part of their team news update, they described Martinelli’s injury as: “Left knee. Sustained injury during training on 21 June. Successful arthroscopic procedure undertaken to repair a lesion in the cartilage of the left knee. Will not be available for the current schedule of remaining 2019/20 matches.”

Martinelli has hit 10 goals from just 15 starts across all competitions for Arsenal this season, proving to be a rare bright spark in a campaign that has so far offered very little.

While Martinelli will miss Sunday’s FA Cup quarter-final clash at Sheffield United, his fellow Brazilian David Luiz is available for selection having served a two-match ban for his red card in the defeat at Manchester City and since signed a new one-year deal at the club.

Pablo Mari will not be available though with the defender set to miss the rest of the season. The club confirmed that the 26-year-old Spaniard, who made his loan move from Flamengo permanent this week, will miss up to three months after undergoing a “successful procedure” on a “significant sprain to ankle ligaments” suffered in last week’s defeat by City.

Goalkeeper Bernd Leno meanwhile is due to be sidelined for more than a month after suffering a moderate sprain to his right knee in the loss at Brighton.

Meanwhile, Cedric Soares could make his Arsenal debut having recovered from a facial injury. The 29-year-old made his loan move from Southampton permanent on Tuesday despite having not featured for Arsenal since making the initial switch in January.

However, a lack of game-time means it is more likely the Portugal international will make his bow in next week’s Premier League clash with bottom club Norwich.

Must you observe your coworkers on social media?