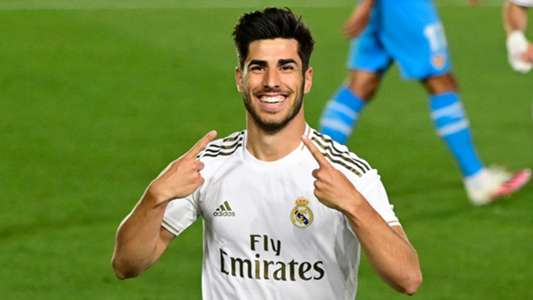 Marco Asensio was delighted his hard work repaid as that he made a stunning return from injury in Real Madrid’s 3-0 win over Valencia.

Making his comeback from a ruptured anterior cruciate ligament (ACL), Asensio scored seconds after coming on and then create Karim Benzema’s sealer at the Estadio Alfredo Di Stefano on Thursday.

Asensio, 24, was very happy to be right back, with the look his first competitive club outing since May a year ago.

“I really wanted to return. It has been many months of hard work,” the midfielder told Movistar. “I am very happy to play, to score and for the team’s victory.”

On his goal, Asensio added: “A lot of excitement and satisfaction, because there is a lot of work behind this. I am in the final stretch of the season.”

Asensio also set up Benzema for the striker to accomplish his brace, the Frenchman’s first touch setting up an amazing volleyed finish.

Madrid’s win saw them climb back once again to within two points of rivals and leaders Barcelona with nine games left to play.

“We have nine finals left that we have to win,” Asensio said. “We are actually focusing on the Real Sociedad match [on Sunday], which is the target we have at heart.”

Real Madrid manager Zinedine Zidane was delighted to see Asensio return to the pitch and make a sudden impact on the overall game.

“This means a lot for him. We’re happy to see him back on the pitch,” Zidane said. “After so many months out, to come back and score a fantastic goal in his first involvement makes me really happy.

“He was already happy just to get out on to the pitch and then he was able to score straight away, which shows he is already involved.”

I would be ‘bad teammate’ right now