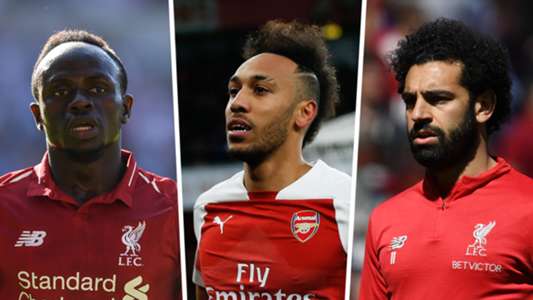 If anyone was thinking Liverpool would take their foot off the gas after claiming the Premier League title, Saturday’s meeting with Burnley at Anfield dispelled that notion.

Despite only playing out a 1-1 stalemate, the statistics made for interesting reading: Jurgen Klopp’s side had the majority of possession (70-30 percent), as well as shots (29-6). For those who retain an interest in Expected Goals, the Reds edged xG 2.18 to 0.45, indicating that while the Clarets secured the point, the final score should have read a comfortable victory for the world champions.

Sean Dyche had Nick Pope’s heroics to thank for his side’s draw, with the England goalkeeper making no fewer than eight saves in a man of the match performance at the home of the newly-crowned Prem winners.

Interestingly, half of those saves came from Mohamed Salah, Liverpool’s top league scorer this season and contender for this year’s Golden Boot, alongside Jamie Vardy (23), Pierre-Emerick Aubameyang (20) and teammate Sadio Mane (16), who’s an outsider for the prize.

Before gameweek 35’s meeting between both sides at Anfield, there’d been a suggestion that Klopp’s team had prioritised the Egypt star’s goal tally in the final weeks, given the current African Footballer of the Year’s deficit from Vardy and co. putting him at a disadvantage.

Piece on @GoalAfrica: On the evidence of their last two wins, Liverpool aren’t letting up and are out to supplant Man City’s Centurions.

So, will Salah (looking to match Shearer and Henry) or Mane also attain individual glory to match Prem success? #LFChttps://t.co/BCHlg58AWH

Indeed, Saturday’s statistics proved this somewhat. Salah had a staggering six attempts on the day, fascinatingly the total number Burnley mustered, while Mane had just two shots for the entirety of the game.

The Senegal international, however, created an astonishing five chances to the two-time African POTY’s three.

Also, both forward’s heat maps corroborate the recent perception that while there remains a mathematical chance for Mane to claim the Golden Boot for a second time, he understands the seven-goal gap to Vardy (who scored his 23rd against Bournemouth on Sunday) may be a bridge too far.

Salah was largely stationed in central areas against the plucky Clarets, while his West African teammate spent more time outside the box, maintaining a bias for an inside-left position.

Given he couldn’t increase his 16-goal tally at the weekend, which leaves him trailing the Leicester City man by a bucket-load of goals, that leaves Salah and Aubameyang as the African pair with a realistic chance of supplanting the ageless English forward.

Both attackers face off at the Emirates Stadium on Wednesday, seeking to be among the goals after firing blanks as their sides failed to win at the weekend.

Auba couldn’t prevent his Arsenal side from a somewhat unexpected North London derby defeat by Tottenham Hotspur on Sunday, with Mikel Arteta’s men falling to a 2-1 loss.

The final result could have been different had the Gabon frontman not been denied by the woodwork after a rasping left-footed effort from inside the box early in the second-half following a well-disguised pass from Alexander Lacazette.

Both prolific attackers face-off in North London knowing full well they’re running out of games to catch or usurp the leading scorer.

For Aubameyang, he could win the award for the second season running, thus joining Michael Owen, Robin van Persie, Harry Kane and Salah (if they aren’t tied) as forwards who have retained the honour after maiden wins. Indeed, another Golden Boot for the prolific Arsenal captain will see him equal another African great Didier Drogba, who ended top scorer in 2007 and 2010 with Chelsea.

As for Salah, claiming the achievement for a third season on the trot will put him among an elite group of players to have reached the feat in Premier League history. Alan Shearer (94/95 to 96/97) and Thierry Henry (03/04 to 05/06) are the only frontmen from previous seasons to have won the award for three successive campaigns.

If the Anfield favourite is successful, he’d equal Shearer’s total number of top scorer titles (three) and will have Henry’s record of four in his sights. The Frenchman won that quartet of awards between 2001 and 2006, and claiming this year’s tussle will put the 2018 PFA Player of the Year in a position of supplanting the Arsenal great in record time.

However, the North African has a tougher run of games on paper compared to Auba, whose final two fixtures are against Aston Villa and Watford. Liverpool play host to Chelsea on their penultimate game of the campaign, before travelling to Newcastle United on the final day.

History, though, suggests Salah shouldn’t be worried by the opposition. He’s scored against his old side in successive seasons at Anfield and has netted four times in five games against the Magpies, including two at St James’ Park in the last two seasons. Frank Lampard’s men are leaky defensively anyway, with the concession of 49 goals the highest in the top half of the table, so the signs are auspicious for Liverpool’s top scorer.

Still, Auba may be the slight favourite given Villa and the Hornets are statistically two of the weakest sides defensively in the top flight. Both have conceded 65 and 54 respectively, which puts them in the top six leakiest rearguards in the division.

This will be music to the ears of the Gunners’ skipper, who’s scored 70 percent of his 20 strikes against teams in the bottom half. He netted a brace against Watford in mid-September before following that with a free-kick vs Dean Smith’s side a week later, making him a slight favourite to score more in the final two games of the season.

Arsenal are still chasing a place in the Europa League and Aubameyang’s goals will play a part in Arteta’s troops securing a European berth at the end of the campaign.

As for Salah, having ended top scorer for two years running, he wouldn’t want to surrender the crown to Vardy (who faces Sheffield United, Spurs and Manchester United) or Auba as he seeks to put himself on the same pedestal as Prem greats like Shearer and Henry.

In truth, whoever claims this year’s Golden Boot among the triumvirate eventually isn’t expected to have it easy as this year’s tussle, like last season’s, could well go down to the wire.