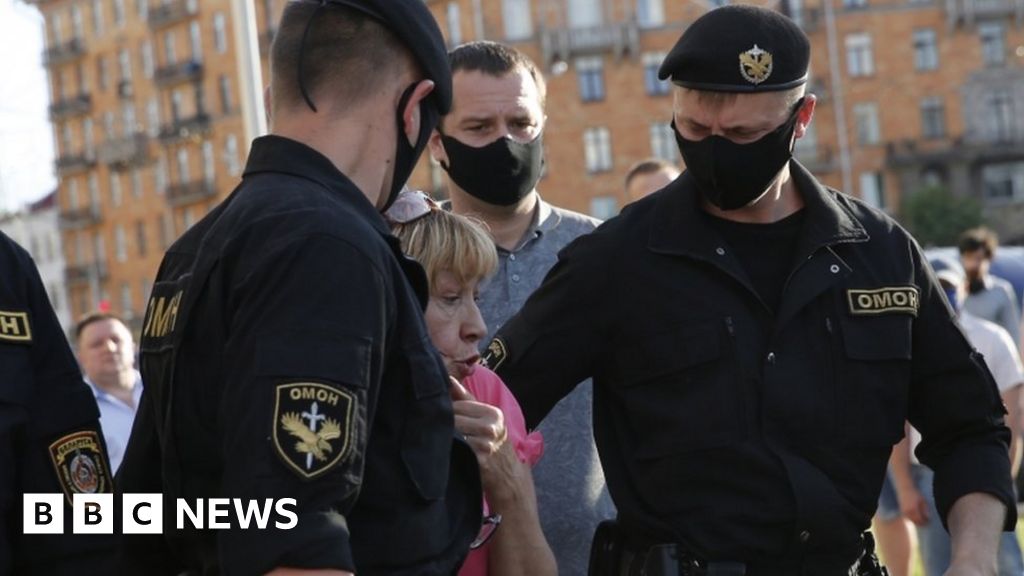 Police in Belarus have detained demonstrators and journalists at a gathering of hundreds of people protesting President Alexander Lukashenko’s re-election campaign.

Mr Lukashenko, who has ruled the country since 1994, is seeking a sixth term in office in August.

On Saturday the rights group Vyasna said at least 120 people was arrested around the world during protests. Some have been released.

Opposition activists, journalists and bloggers have also been arrested in recent weeks, in accordance with website Belorusskiye Novosti.

Candidates must gather 100,000 signatures of support in order to stand in the election, and Friday is the last day they could collect the names.

Several hundred people stood on the streets of Minsk with flags, though some clapped in support of the president’s critics, in accordance with AFP news agency.

But at 19:00 local time police intervened to stop further signatures being gathered, and arrested about 10 people including journalists from various foreign media, AFP reports.

Radio Free Europe journalist Alyaksandra Dynko was arrested as she was reporting live on the protest.

Police threatened protesters in the city of Mahilyow with force, while in Homel demonstrators were told their gathering was illegal, in accordance with local media.

His 30-year-old son Eduard, who is running his election campaign, was also arrested on suspicion of tax evasion.

Mr Lukashenko alleged that his authorities had foiled a plot designed to destabilise the country, claiming that forces from “both from the West and from the East” were interfering in Belarus.

International election monitor the Organization for Security and Co-operation in Europe, has not recognised any elections in Belarus as free and fair since 1995.

For Scotland and Northern Ireland, a Weakening of Ties

Brazil becomes the fourth country in the world with the most deaths from coronavirus...

‘Fuller House’ dog Cosmo dead after complications from surgery: ‘You’ll be so missed’

‘Are These Dirty Cops Going to Pay the Price?’