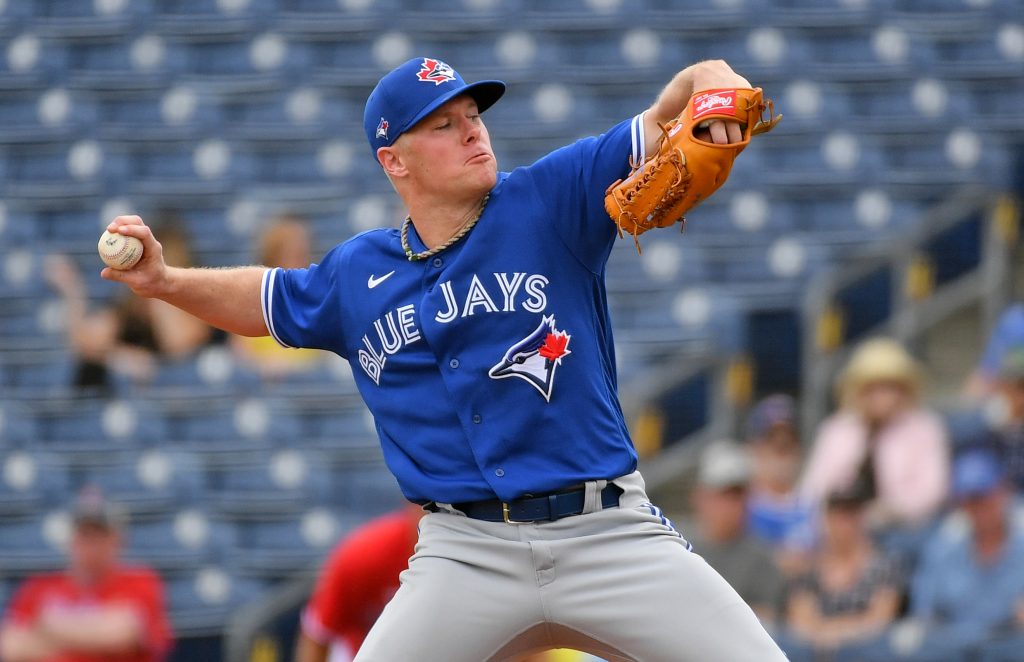 Chase Anderson suffered an oblique strain while finding your way through a bullpen session and is day-to-day with the injury, Blue Jays manager Charlie Montoyo told Sportsnet.ca’s Shi Davidi along with other reporters.  Montoyo’s description would seem to point that Anderson suffered an extremely mild strain, as much more serious oblique injuries have been proven to keep players out of action for months at any given time.

Still, the timing of Anderson’s issue creates doubt regarding whether or not the right-hander will be ready for the start of the season.  If an alternative is needed within Toronto’s rotation, the Jays have a few potential arms behind the starting four of Hyun-Jin Ryu, Tanner Roark, Trent Thornton, and Matt Shoemaker.

Speculation has already centered on whether or not top prospect Nate Pearson could take that fifth starter’s role, and such hurlers as Anthony Kay, Ryan Borucki, Thomas Hatch, Jacob Waguespack, or others may possibly also potentially obtain the call if the Jays wanted to limit Pearson’s service time.  As Davidi notes, the team would gain an additional year of control over Pearson by keeping him on the taxi squad for roughly a week to the season.  Regardless of the specific timing of the promotion, it appears very likely that Pearson can make his MLB debut sooner or later in 2020.

Anderson was acquired from the Brewers from the beginning of November, coming off a season that saw him post a 4.21 ERA, 2.48 K/BB rate, and 8.0 K/9 over 139 frames (starting 27 of 32 games).  The 32-year-old has posted solid numbers over his six MLB seasons with Arizona and Milwaukee, working mostly as a starter and averaging 143 innings each year.  Anderson has been relatively durable over his career, though it’s worth noting he missed near to two months of the 2017 season because of left oblique strain.

Bitcoin Could Be the Next Big Inflation Hedge

Remembering the handover of ‘one Palestine, complete’ – Middle East Monitor