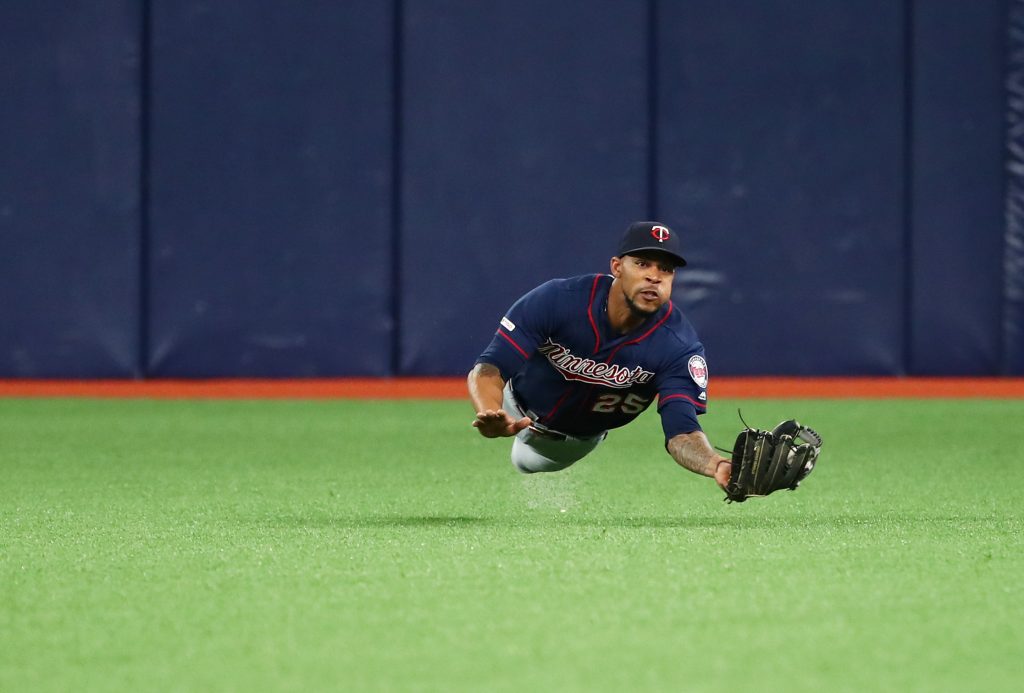 6:47pm: Buxton’s having imaging done on a left foot injury, tweets Hayes, who adds that the Twins should have more information on his status Tuesday.

6:38pm: Twins center fielder Byron Buxton was carted off the field Monday after suffering an apparent injury to his left ankle, per Dan Hayes of The Athletic. Buxton departed after possibly getting “a spike caught in the turf,” Hayes writes. Further details aren’t available yet.

Should this turn out to be a major injury, it would be the latest in an unfortunately long line of them for Buxton. The 26-year-old’s health issues helped limit him to 115 of a possible 324 regular-season games from 2018-19. Buxton only took part in 87 games last year, which ended for him when he underwent left shoulder surgery in September. That procedure prevented Buxton from participating in the Twins’ ALDS matchup versus the Yankees.

Thanks in part to injuries, Buxton’s career perhaps hasn’t gone to plan since the Twins drafted him second overall in 2012. But there’s no denying that Buxton has shown immense promise at times. The defensively brilliant speedster was a 3.6-fWAR player in 2017 – the lone season thus far in which he has amassed 100-plus games – and logged 2.7 fWAR in 2019 despite missing almost half the campaign. He slashed a career-best .262/.314/.513 (111 wRC+) with 10 homers and 14 steals over 295 plate appearances then, also chipping in 10 Defensive Runs Saved and a plus-8.7 Ultimate Zone Rating.

To their credit, he Twins did more than stay afloat without Buxton a season ago. And at least a few of the center field options they used in his stead – Max Kepler, Jake Cave and LaMonte Wade Jr. – are still on hand. That said, it would be optimal for the team to have Buxton in the mix. The hope right now is that he’s not dealing with yet another significant problem.

‘I was not well in my head’ – Sheffield Utd star Mousset reveals family...

Red pandas are two species, not one

Jordan Spieth ‘gave myself some grace’ after 4-putt; shoots another 65