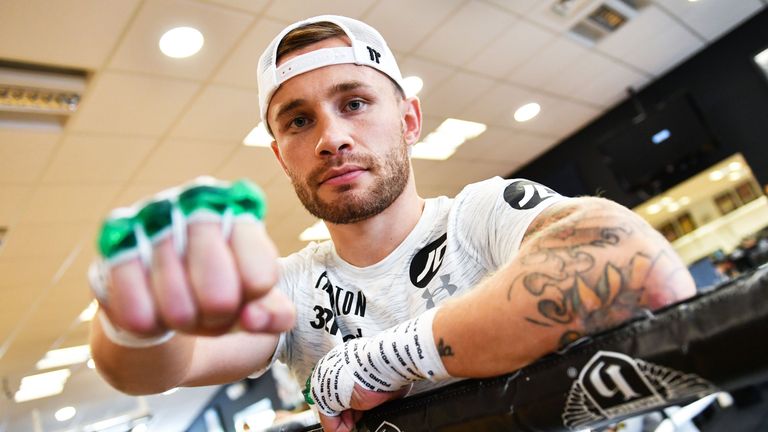 Carl Frampton is still on course to challenge Jamel Herring this year, despite the American twice postponing fights after testing positive for coronavirus.

Herring was scheduled to defend his WBO super-featherweight title on Tuesday night in Las Vegas but, 24 hours earlier, was withdrawn after a positive test. It was the second time he had tested positive for coronavirus.

But Top Rank promoter Bob Arum insisted that, when healthy, Herring will fight Frampton this year.

Frampton had previously sympathised: “I thought my luck was bad, but Jamel Herring has got to be the unluckiest guy on the planet. Rest up champ.”

Frampton and Herring are both expected to fight in August then, if they both win, to meet for the WBO belt later in 2020.

That would afford Northern Ireland’s Frampton a chance to become a world champion in a third division.

He previously held super-bantamweight and featherweight titles but, after losing to IBF champion Josh Warrington in 2018, has moved up a division.

After Frampton’s most recent win last November he said: “I want to fight for world titles. I want big fights. I would love the chance to fight Jamel.”

Kyle Walker: Chris Wilder would love to have defender back at Bramall Lane after...

How TV Covered the Moment of Impeachment

Live It Up at Miami’s Top Super Bowl Hotels