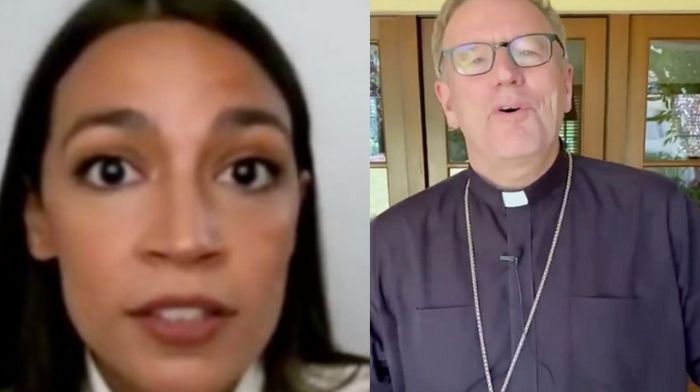 A Catholic bishop just fired back at Rep. Alexandria Ocasio-Cortez (D-N.Y.) after she disparaged a legendary Catholic saint.

Ocasio-Cortez was slamming various statues at the U.S. Capitol that she claims represent “colonizers and settlers” when she called out St. Damien of Molokai as an example of “white supremacist culture.” She said in part, according to The Blaze:

Even when we select figures to tell the stories of colonized places, it is the colonizers and settlers whose stories are told — and virtually no one else. Check out Hawaii’s statue.

It’s not Queen Lili’uokalani of Hawaii, the only Queen Regnant of Hawaii, who is immortalized and whose story is told. It is Father Damien. This isn’t to litigate each and every individual statue, but to point out the patterns that have emerged among the totality of them in who we are taught to deify in our nation’s Capitol: virtually all men, all white, and mostly both.

The Articles of Impeachment – The New York Times