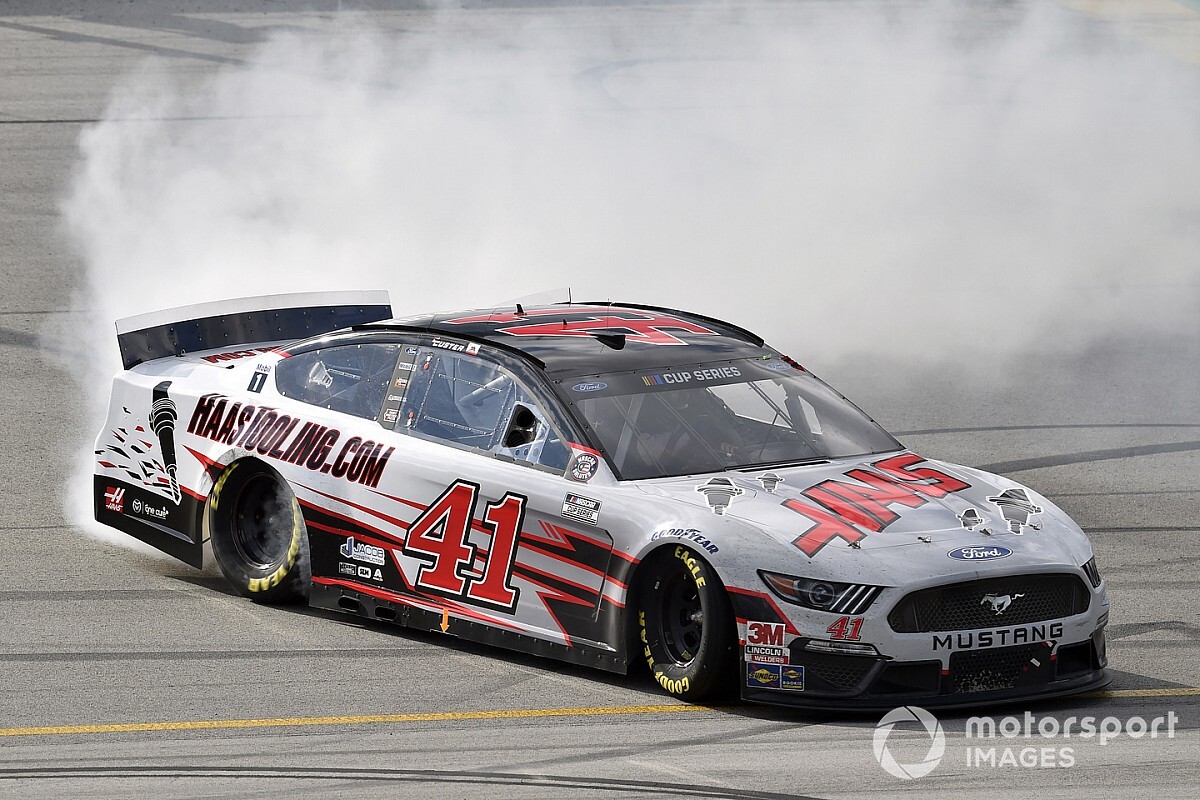 Transitioning from any of NASCAR’s lower series up to Cup is a tall order – the competition is much higher, both in driver talent and team resources, the races are longer and many of the tracks unfamiliar.

This season has been especially more difficult with the COVID-19 pandemic. Ever since NASCAR restarted its season in May after a two-month hiatus, all race weekends have been held without any practice and all but one has featured no qualifying.

For rookies like Custer, 22, that has left little on-track learning except for actual race experience, making gains harder to come by for himself and his crew chief, Mike Shiplett.

Perhaps that’s what made Custer’s victory in Sunday’s Quaker State 400 at Kentucky Speedway that much more surprising.

But Custer also did a fine job showcasing his driving talent, taking the field four-wide on the final of 267 laps to grab the lead and hold off veteran and former series champion Martin Truex Jr. for the win.

“You don’t want to make too many excuses or anything. I think there’s things I could have done a lot better honestly in these races,” Custer said. “At the same time, with no practice and no qualifying, you don’t get to test – you don’t know what to expect as a rookie.

“You kind of go in there with some ideas of what to expect. Until you get a real feel for the car, you’re just kind of guessing really. You can look at as much data or film as you want, but when you don’t have the feel for it or what these guys are actually doing when they’re out there, it’s kind of tough.”

Moving in the right direction

It seems clear Custer and his No. 41 Stewart-Haas Racing team started to find the right “feel” in recent weeks.

He had two solid outings in the Pocono doubleheader (16th and 17th) and then broke through with his first career top-five (fifth) at Indianapolis Motor Speedway last weekend, a race in which he ran in the top-10 most of the day.

Prior to Indy, Custer’s best finish as a Cup driver was eighth at Phoenix back in early March.

“I think earlier in the season, we were still trying to understand what (Cole) needed in these cars,” Shiplett said. “With Pocono being back-to-back races, it gave us the opportunity to almost have a practice on Saturday, then we made adjustments.

“We had a much better car on Sunday. It’s just the way the yellows fell on that race. We should have been like a 10th or 12th-place car in the second Pocono. Indy, same tire, similar track, similar set-ups.

“It was just one step, the next progression. We had a good finish there.”

Shiplett said during the two Cup races at Charlotte in late May the team worked extensively on set-ups and Kentucky was the first intermediate track since then on which to try them.

“Everything we’ve been working on, our downforce, what we need for the handling of the car, we put it all together and gave it our best shot,” he said.

The result was an impressive run throughout the race combined with a daring move by the driver to snatch the lead and the win. The victory was the first by a Cup Series rookie in nearly four years (Chris Buescher, August 2016 at Pocono).

Locked into the playoffs and the All-Star Race

Custer and the No. 41 are now a virtual lock for the playoffs and got a bonus by gaining a spot in the main event of Wednesday night’s NASCAR All-Star Race at Bristol (Tenn.) Motor Speedway without having to race his way in.

“I think I’m with an amazing team that stood behind me. We had some pretty tough races, some really tough races,” Custer said. “I mean, it was definitely a learning experience at some of them. I think we’ve all grown from that.

“It’s just unbelievable to be in this situation right now. Coming into this, you’re just trying to gain respect and trying to fit in almost, trying to kind of just earn the respect of the guys around you, the drivers out there.

“To come out of this with a win, I mean, just unimaginable.”