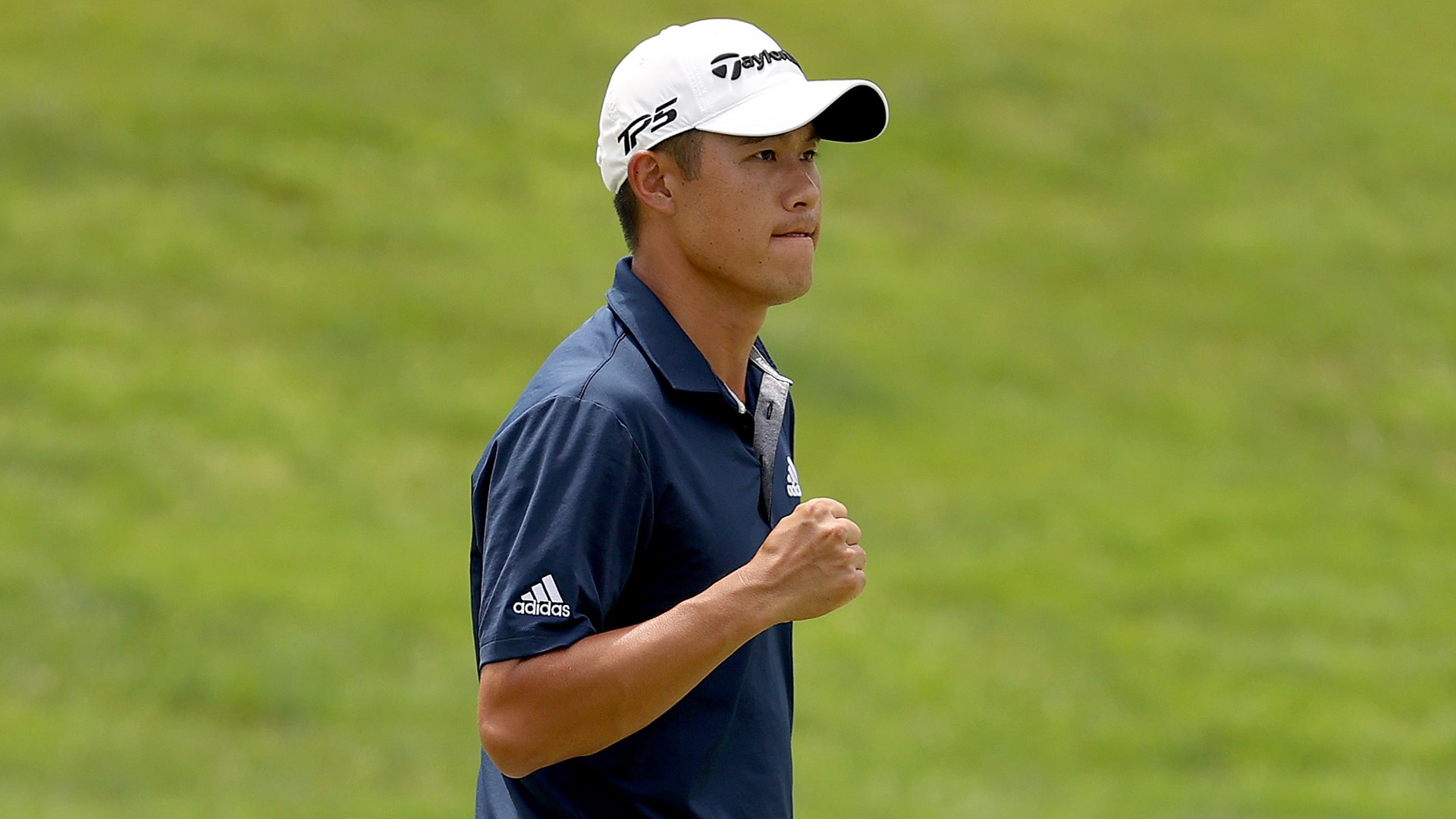 On the potency of a closing 66 and a par on the next extra hole, Collin Morikawa defeated Justin Thomas in a playoff to win the Workday Charity Open on a wild final day in Dublin, Ohio. Here’s how Morikawa took the first of two straight events at Muirfield Village, where play finished up early on Sunday in an attempt to avoid afternoon storms:

What it means: This is Morikawa’s second PGA Tour victory in just his 24th start since that he turned pro last June. He broke through to claim full Tour membership with his win at the Barracuda last summer and proceeded to put together a run of 22 consecutive made cuts to start his pro career, putting him 2nd to only Tiger Woods in that category. After the made-cut streak came to an end at the Travelers two weeks ago, Morikawa skipped the Rocket Mortgage and came straight back this week-end to rebound with a win at the Workday. Morikawa nearly picked up title No. 2 last month at Colonial, when that he lost to Daniel Berger in the initial event of the post-COVID-19 restart. Three starts later, and he’s made up for the playoff loss with a playoff win. After just 13 months as a pro, Morikawa will crack the top 15 in the Official World Golf Ranking. He now has more wins (two) than missed cuts (one).

How it happened: Three back to start the last round, Morikawa raced right into a tie for the lead when that he played his first five holes in 4 under. He nearly went ace-albatross at Nos. 4 and 5 but ended up settling for birdie-eagle instead:

Still, after having a torrid stretch from Thomas in the center of the round, Morikawa found himself back where that he started your day, three down, now with three to play. But a Thomas bogey at 16, a Morikawa birdie at 17 and a Thomas bogey at 18 erased the deficit and sent the pair to extras, where the fireworks continued. Thomas appeared to have the tournament won (again) when he poured in this bending 50-footer for birdie on the initial playoff hole:

Only he was stymied by this response from Morikawa, which extended the proceedings:

Following a couple of pars once more at 18, the duo moved to the par-4 10th, where Thomas missed his tee shot to the right and was blocked by a tree, leading to a bogey. A found fairway, a method to 8 feet and two putts later, Morikawa finally ended the tournament on the 75th hole of the week.

Best of the rest: Thomas’ run of 55 holes with out a bogey came to a finish with back-to-back dropped shots at Nos. 2 and 3. After starting your day two up, that he found himself three down to both Morikawa and Hovland through just five holes. But he stormed straight back with four consecutive birdies on Nos. 8-11. One up on Morikawa though 14, he appeared to drop the hammer with this eagle at the par-5 15th:

It was the capper to an eight-hole stretch that Thomas played in 7 under par, taking him from three back to three ahead. But that lead disintegrated thanks in part to Thomas bogeys at 16 and 18. Thomas, who had been seeking his 13th PGA Tour win and third this year, has now failed to close his last two 54-hole leads after coming up short earlier this season in Mexico. He falls to 3-2 in PGA Tour playoffs.

Biggest disappointment: The other person in the final group, Hovland found himself tied for the lead through five holes coming off three straight birdies, but that’s when he started to obtain a bit wayward. Two trips in the water at Nos. 6 and 14 both light emitting diode to bogey and the latter mistake saw him fall out of contention permanently. Nevertheless, the solo-third finish is the latest in a string of quality performances for this year’s Puerto Rico Open winner. Having played five weeks in a row considering that the restart, Hovland has finished: T-23, T-21, T-11, T-12, third.

Shots of the day: Morikawa and Thomas put together their very own highlight reel, but for everyone else on the course, Seiffert and Rory Sabbatini developed an interesting technique for scoring at Muirfield Village. Both players on Sunday found the water, took a drop, and then holed out for birdie:

The Government of Ecuador transfers to companies the burden of the crisis unleashed by...

Nature’s hide-and-seek champions! How many can YOU spot?