Home Trend Coronavirus: “Everyone in Wuhan suffers from trauma” | Society 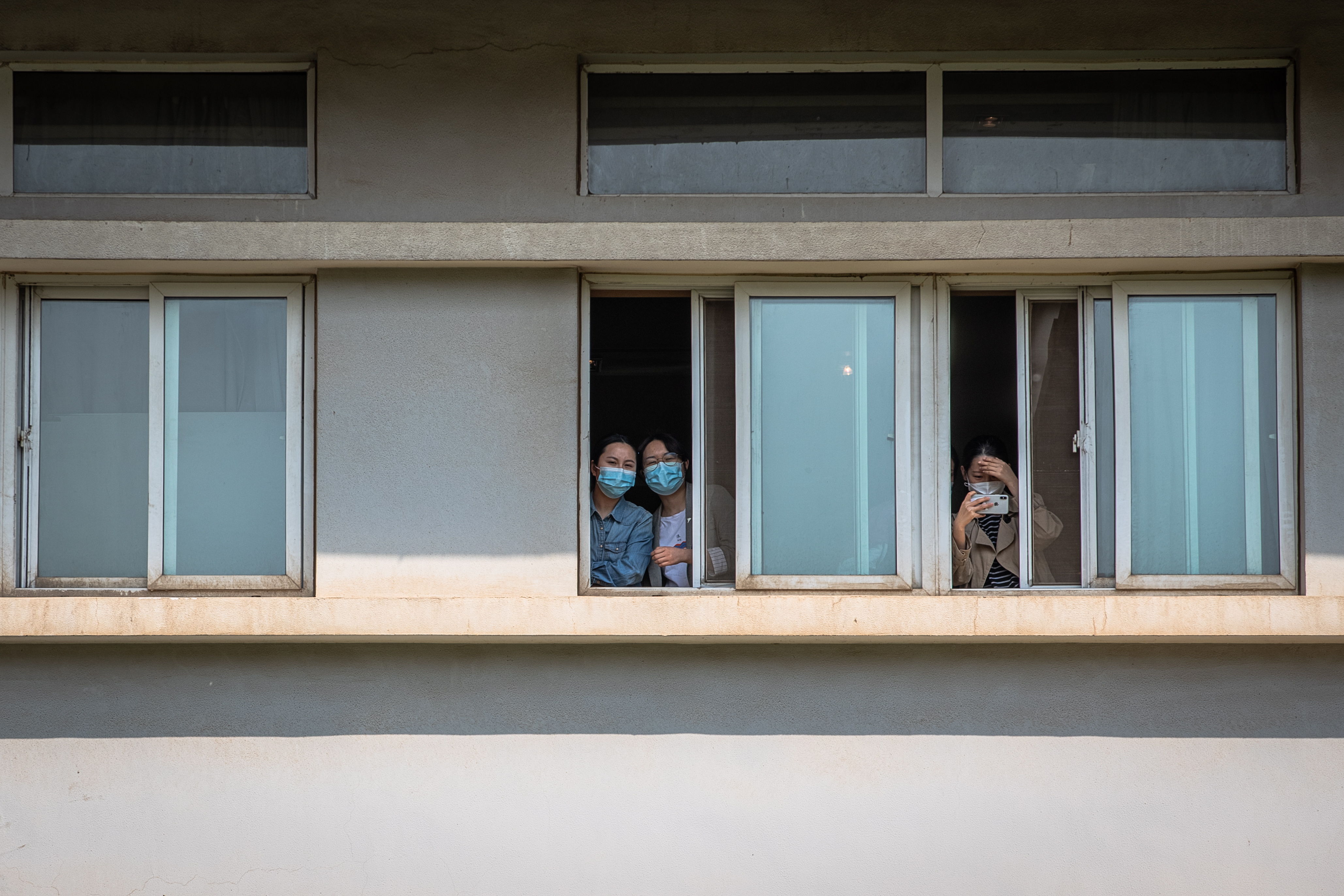 “My sister is sick and I am to blame,” a young woman’s voice was crying on the other side of the phone. Between sobs, she explained that the two shared a rental flat in Wuhan. Her younger sister had wanted to return to her hometown, but she had refused. Between yes and no, the city blockade suddenly imposed on January 23 to prevent the spread of the Covid-19 epidemic left them trapped in the original focus of the coronavirus. Days later, the little girl began to feel bad. She had a fever and the city hospitals, overwhelmed, could not treat her. Calling that hotline was a last resort.

Liu Xianlang (pseudonym), a veteran psychologist, no longer remembers how many similar cases she has attended since on January 25, two days after the closure of Wuhan, she was assigned to answer calls from that line, along with 20 other people. That day he attended 40 consultations in three hours; received another 200 more. “At first people were very scared. Some had been trapped in Wuhan. Or people from Wuhan in other places, who were rejected for coming from where they came from. They were terrified, “he says.

To the young woman, crushed by guilt, he explained that his sister’s illness was not his responsibility. To a terrified banker, the only inhabitant left in a residential complex from which the rest had stamped out, he recommended breathing exercises, listening to soft music, being distracted by a television series or video games, talking on the phone with friends or family . “At the beginning, people needed explanations about what was happening, hearing calm messages,” explains Liu. In a city in a state of panic, ignorance and confusion, in which a health personnel could not cope to attend to the multiplying patients and rumors, she herself had to find out quickly about the coronavirus and symptoms on the Internet that it caused in order to calm its listeners.

“I once answered a doctor. The call lasted only three minutes. He worked in a hospital where many people had died and he was scared. I had a young son at home. We had a special phone line for health personnel, but very few called. Lack of time, surely. And a certain sense of shame, too. They felt that they had to be the ones to help people, not go asking for help. ”

After the first few days of panic, the situation stabilized. The central government sent nearly 42,000 health professionals, from other Chinese provinces, who downloaded the premises. The protective material, very scarce at first, began to arrive. The extension of strict confinement to the 11 million inhabitants of the city transformed initial calls of terror into the unknown into requests for help from people who declared themselves unable to control their anger or sadness. From people with symptoms of depression, or with suicidal thoughts.

A study by the Chinese Society of Psychology found in February that 42.6% of 18,000 Chinese citizens tested gave symptoms of coronavirus-related anxiety. 16.6% of 14,000 examinees showed signs of depression at different levels of severity.

A challenge for the Chinese mental health sector, a country where psychological problems are still a huge taboo and which suffers from enough qualified professionals. According to the World Health Organization (WHO), China only has 2.2 psychiatrists for every 100,000 people, well below the 9.6 in Spain or the 21 in Argentina.

Although the city blockade has been lifted this Wednesday, Liu and his colleagues foresee that the long quarantine, which will continue to restrict movements for a long time in Wuhan, will take a toll on the mental health of its inhabitants. Studies of the main precedent for the current pandemic, the 2003 SARS epidemic that killed nearly 800 people worldwide, found persistent problems with depression, anxiety, or post-traumatic stress among the patients who survived and the doctors who treated them. A review of 24 studies on the psychology of quarantines, by researchers at King’s College and published in the journal The Lancet in February, he finds that even three years after isolation, episodes of post-traumatic stress have been reported.

A survey carried out by experts from Peking University, not published but quoted by the prestigious magazine CaixinHe found that of 311 healthcare professionals who worked on the front lines of the epidemic in Wuhan, a third suffered from some type of psychological problem.

“We are preparing for some form of collective post-traumatic stress. Many organizations and companies are looking for psychologists, and they give training courses to consultants who can offer some kind of basic assistance … We do not have enough people. There will be a lot of work. Everyone in Wuhan suffers from some kind of trauma, “says Liu.” Most especially, people who have lost a loved one. ” According to official figures, more than 2,500 people have died in this city with coronaviruses, and 50,000 have been infected. Across China, the numbers hover around 3,300 and 82,000, respectively.

Calls to the psychologist’s helpline are still “six or seven times more” than before the crisis began. But no longer the waterfall that multiplied by 50 or 60 the usual number, an indication that the situation in Wuhan is back to normal. Liu has detected the return of another phenomenon: the calls of sexual perverts have returned. “They had disappeared during the quarantine. People are recovering their usual behaviors. “

Due to the exceptional circumstances, EL PAÍS is offering all its digital content for free. Information regarding the coronavirus will remain open as long as the severity of the crisis persists.

Dozens of journalists work tirelessly to bring you the most rigorous coverage and fulfill your public service mission. If you want to support our journalism you can do it here for 1 euro the first month (from June 10 euros). Subscribe to the facts. 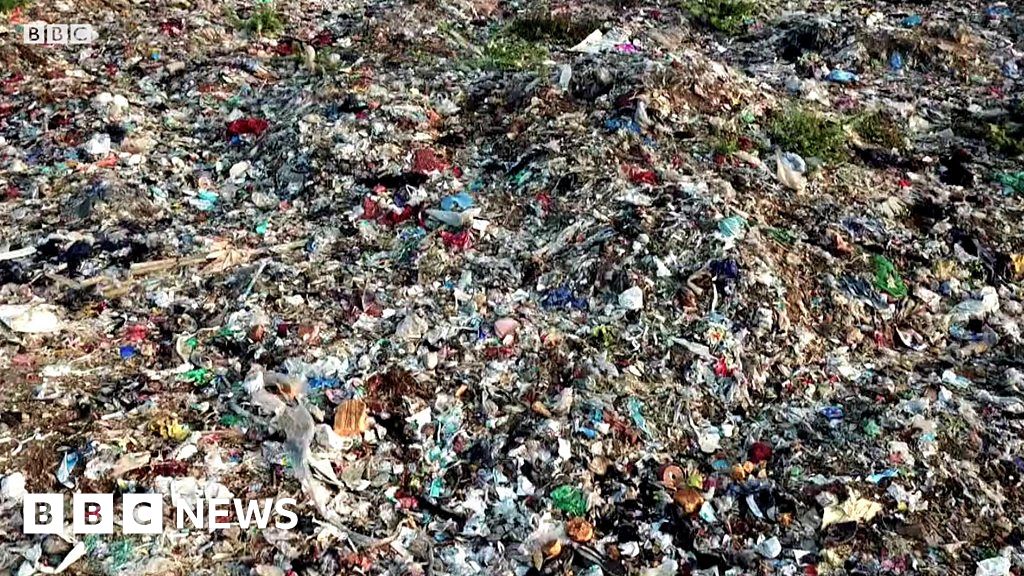 Patrick Mahomes’ dogs have their own Instagram and it’s adorable

Americans are rapidly shrinking their credit card debt during the pandemic

Why Uganda Premier League will take a 45-day break