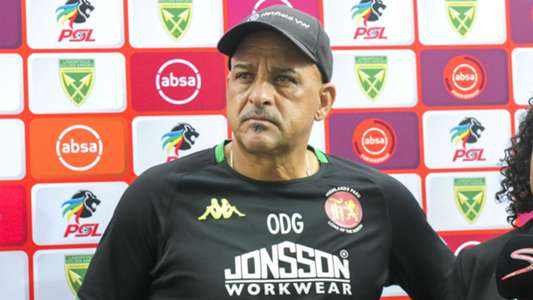 In the midst of the coronavirus pandemic, Highlands Park coach Owen da Gama has expressed his delight with the fact that Premier Soccer League (PSL) clubs have been given the green light so far as returning to training is concerned

‘ODG’ was speaking following the pronouncement made by the Sports Minister Nathi Mthethwa, who said the clubs under the PSL banner can go-ahead regarding returning to training on the field of play on Monday.

Although his PSL colleagues have explained that having no active football for three months is frustrating, the former Bafana Bafana boss says he could be not frustrated because the ravaging pandemic is beyond everyone’s get a handle on.

“From my side, I am happy that we are at least moving forward, there’s some light at the end of the tunnel although we are cognizant of the pandemic that is happening in our country,” Da Gama told Goal.

“Yes, provided that we comprehend the rules and follow all the right protocols, I think it’s a good sign for people to be moving forward.”

While his coaching counterparts have expressed their frustrations on the lack of competitive football, the 58-year-old has a different view.

“It’s a pandemic. So, whether it’s six months or more with no football it doesn’t matter to me as long as we get our people safe and our players are safe and everybody is safe – that’s the most important thing.”

As they look to secure a top-eight spot for the 2nd season in a row, the 2019/20 MTN8 losing finalist shared an update on the mood in his camp.

“The players are positive, they are happy because they have now been itching to obtain back to action. They are set and we just hope we will in the course of time get back to training and continue football,” he concluded.

The Tembisa-based outfit currently occupies the eighth spot on the log with 31 points from 24 games and was scheduled to manage the reigning PSL champions Mamelodi Sundowns on March 21 when the season was halted.

The Post’s week in photos

Thierry Henry: Montreal Impact boss says no one cares about the coach | Football...

Parents of student, 22, who vanished nearly 40 years ago call for new inquest