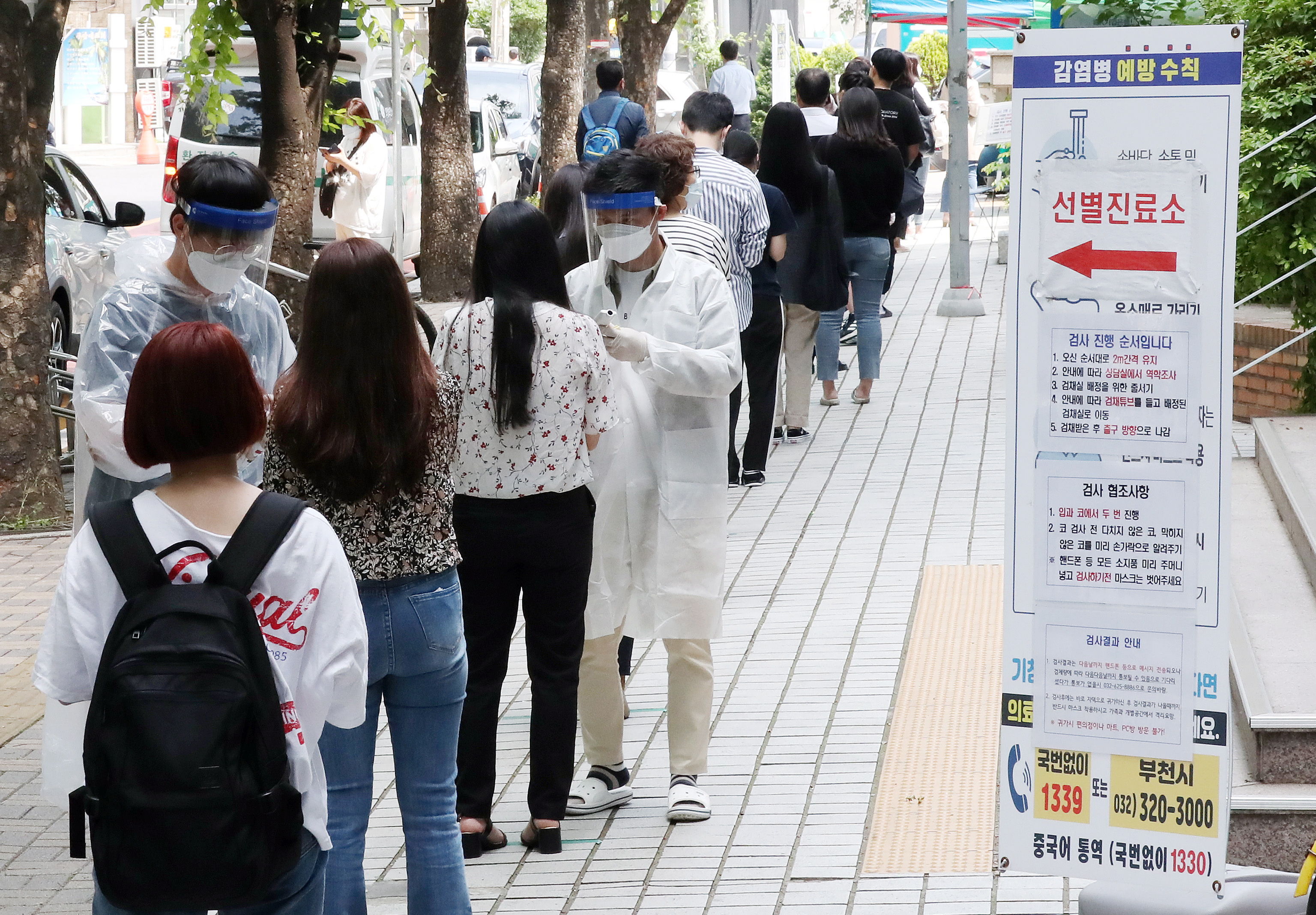 A new outbreak of infection in Seoul, in several nightclubs in the Itaewon neighborhood, has raised the specter of a second wave of covid-19 infections in South Korea, one of the countries in the world that has best managed the pandemic. Since the first case was found last Wednesday, a 29-year-old man, the health authorities have confirmed at least 86 infections connected to that nucleus of entertainment venues, and are trying to locate thousands of people who visited them on those dates.

The new infections include 63 clients of these clubs and 23 family and friends of some of them, according to the South Korean Centers for Disease Control and Prevention. Most of these cases, 51, are concentrated in Seoul, and the rest are spread across six other provinces.

The new focus has exploded precisely when South Korean authorities have begun to relax preventive measures against covid-19, and has highlighted the difficulty of controlling the spread of the disease even in the most successful countries in controlling the disease. pandemic.

As a result, Seoul authorities ordered the closure of bars and leisure clubs in the capital this weekend, a move that Gyeonggi province and Daegu city, the country’s third largest, have also followed. the main focus of the disease in South Korea. Fearing a second wave, it was decided to postpone the return to schools for a week, which should have started this Wednesday.

“We must prevent the virus from reaching a high risk group and causing serious damage,” said the director of the Centers, Jeong Eun-kyeong, who has warned of a “high risk of community contagion” given that the new focus It affects young and active people, who by not showing symptoms, or only very mild, tend to keep going out and meeting other people.

South Korean officials have reported 35 new infections on Sunday, the second consecutive day of major increases in the number of confirmed cases and the biggest increase since April 9. Of these infections, 29 occurred in entertainment venues. Given that the average incubation period is four to seven days, authorities estimate that the number of new cases will continue to increase at least until this Wednesday.

Several of the places where the contagions occurred are frequented by the LGBT community, which still weighs heavily on stigma in South Korea. Fear of such discrimination, encouraged by the coverage of a sector of the South Korean conservative press, and the consequences of labor or social integration that it may generate has made it difficult to locate thousands of people who passed through the Itaewon clubs between April 24 and on May 6.

So far, the health authorities have been able to carry out coronavirus tests on more than 2,450 people who visited the bars and clubs in that neighborhood and left their contact details, as required, although they have not been able to locate 3,000 others. “This means that they have not answered our calls on purpose, or that they left a number that was not,” said Seoul Mayor Park Won-soon at a press conference collected by the South Korean agency Yonhap.

To encourage those who do not want to make their identity known, the capital will offer anonymous and free tests, the mayor said. The police, meanwhile, will search for those who do not show up voluntarily, by tracking credit cards, CCTV cameras and geolocation of mobile phones. “I have heard that some people are reluctant to be tested for fear of criticism. We are going to do everything in our power to make sure that no one who undergoes a test is going to feel uncomfortable or discriminated against, ”said the director of the Centers for Disease Control.

“Our top priority is to minimize transmission of infections in and around the Seoul area,” said South Korean Prime Minister Chung Sye-kyun. “We must locate them quickly [a los visitantes de esos locales nocturnos] and testing them, and speed is key ”, he added.

The difficulty in controlling the spread of the disease in places where it was in retreat has also been revealed in China, which has confirmed a new focus in the northeast Jilin province and in Wuhan, the origin of the pandemic and which had been officially released from covid-19 two weeks ago.
In Wuhan, a first case, an 89-year-old man, has become a focus of five infected people, including the wife of that patient, all of them residents of the same residential complex.
“Right now, the task of prevention and control of the epidemic in the city still needs a lot of work,” said the city’s Health Department. “We must resolutely contain any risk of a recurrence” of the disease.
According to the spokesman for the National Health Commission, Mi Feng, China tracks new infections in seven provinces that have reported local infections in the past 14 days. “We need to investigate and determine the origin of the infections and the transmission routes,” he said.
Among them is Jilin, who on Saturday reported a series of cases in one of his cities, Shulan, of 600,000 inhabitants. This town, which already totals more than 70 infections, is the only one classified as high risk for the disease in all of China. Its inhabitants have been confined and for now only one member of each family unit will be able to leave the house, every two days, to buy food.

In EL PAÍS, dozens of journalists work to bring you the most rigorous information and fulfill your public service mission. If you want to support our journalism and enjoy unlimited access, you can do it here for € 1 the first month and € 10 the following month, with no commitment to stay.