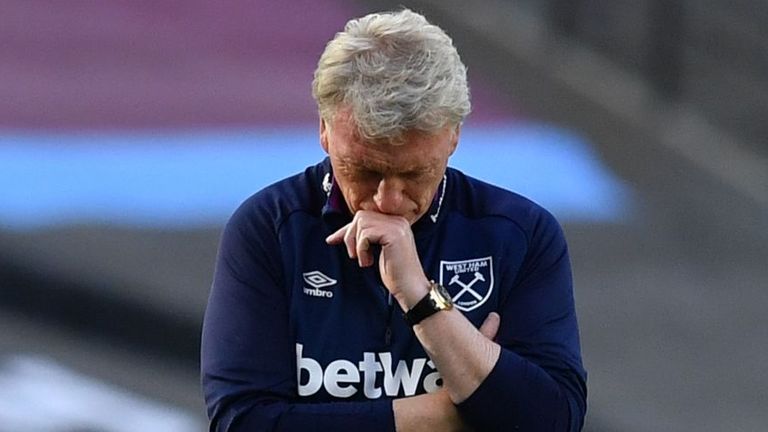 David Moyes accepts West Ham’s bid for Premier League survival may go down to the final game of the restarted season.

Moyes’ side travel to Tottenham on Tuesday night on the back of a 2-0 home defeat to Wolves on their return to action following the break due to the coronavirus pandemic.

That loss – combined with the other fixtures on the Premier League’s comeback – mean West Ham are safe in 17th on goal difference alone with eight games still to be played.

The Hammers wrap up their campaign against Aston Villa, who are currently 19th in the table, in a final-day match on July 26 which the manager feels could have a lot riding on it.

“I’ve always felt it was going to be tight, I always thought it might possibly go to the last game,” he told Sky Sports News. “But we’ve been here before, many of us have done it before.

“We’ve got meaningful games coming up and I’ve got a lot of belief that we’ll be fine but we’ve got to show that.

“We are going to need to be aggressive in every game now because they are all vitally important matches for us.”

Moyes accepts Tuesday’s match in north London will require plenty of that aggression against a side bolstered by the return of players such as Harry Kane, Moussa Sissoko and Heung-Min Son.

“The biggest difference is that they’ve got many of their players back, I think they have three or four players back that they didn’t have before,” he said.

“When we were due to play them many of them weren’t available. Sometimes you get lucky facing teams with injuries and suspensions and sometimes you don’t.

“We’d have rather had them in the condition they were in before rather than now.”

Oppo A12 Specifications Tipped, Said to Include Helio P35 SoC and 4,230mAh Battery

Rebel-held Syria braces for coronavirus ‘tsunami’ — without soap, running water or the prospect...