Home Sports Football ‘De Gea one of the best keepers in the world’ – Matic... 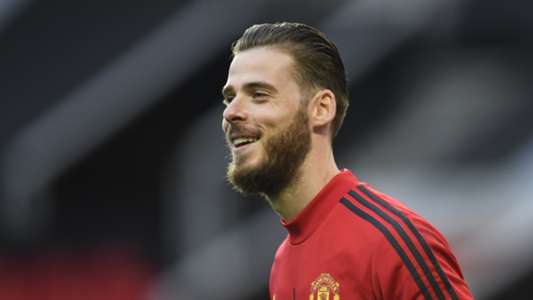 David de Gea is one of the best goalkeepers in the world having saved Manchester United many times in his career, according to team-mate Nemanja Matic.

After a shaky start to life at Old Trafford following his arrival from Atletico Madrid, Spaniard De Gea became a pivotal part of a United team in transition, winning Player of the Year for three successive seasons.

However a slip in his previously lofty standards has led to greater scrutiny on his performances, with f ormer Red Devils skipper Roy Keane even declaring he was “sick to death” of the keeper following Tottenham’s goal in the 1-1 draw back in June.

Commenting on Steven Bergwijn’s opener on Sky Sports’ coverage of the Premier League fixture, Keane said: “I would be fighting him at half-time. I would be swinging punches at that guy.”

However, speaking to Stats Perform News, Matic explained that while he understands the role of those working in the media, De Gea remains in the top tier at his position.

“I didn’t see what he [Keane] said but I think we have to agree David is one of the best goalkeepers in the world,” the United midfielder said

“He has saved us many times, saved points. Everyone is allowed to have mistakes – we are human.

“The pundits, their job is to say their opinions. They have to speak because one team loses. No problem – we respect them, and we will always try to improve.”

De Gea kept three clean sheets in four league outings after the draw with Spurs, though he was beaten twice as United drew with Southampton on Monday in his 400th appearance for the club.

The result saw Ole Gunnar Solskjaer’s side miss the chance to climb into third place in the table above Chelsea, who duly won 24 hours later against Norwich City to increase the gap to four points.

Frank Lampard has the Blues on course to qualify for the Champions League and while in direct competition for a top-four finish with his old club, Matic is impressed at the job done by his former team-mate at Stamford Bridge.

“I am happy for [Frank Lampard], I have to say that he is doing good. Of course we are fighting with them for that Champions League spot, but I have to be honest and say that I am happy he is doing great, because he is a great, great guy,” Matic said.

“I played with him when I signed for Chelsea in 2009, he was one of the best midfielders in the world, so when I trained with him he was a big example for me as a professional and I am happy for him after being a player, he’s continued to do a great job as a manager.

“I wish him all the best, but of course this season I wish to be ahead of him in the Champions League spots.”