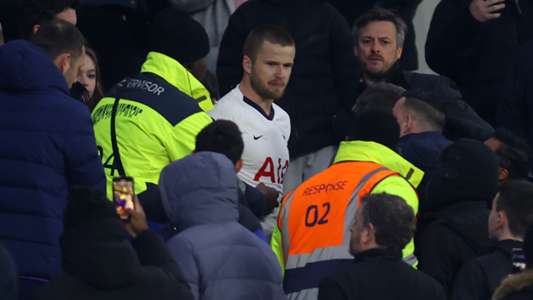 Eric Dier has been banned for four games after he jumped into the crowd to confront a supporter after Tottenham Hotspur’s FA Cup fifth round loss to Norwich City.

The defensive midfielder jumped over the advertising hoardings and into the stands to chase down the fan following the penalty shoot-out loss in March, with footage of the incident going viral on social media.

The ban comes into play with immediate effect, and the England international has also been fined £40,000.

According to the FA, Dier had admitted improper conduct but had said that his actions were not aggressive – a claim which was dismissed by the English football authority.

The FA said on Twitter: “The Tottenham Hotspur player admitted that his actions at the conclusion of a fixture against Norwich City in The FA Cup on 4 March 2020 were improper but denied that they were also threatening.

Coronavirus update: How the world is reacting to the outbreak

Rep. Ilhan Omar In Hot Water As FEC Reveals Her Campaign Paid Over $1...