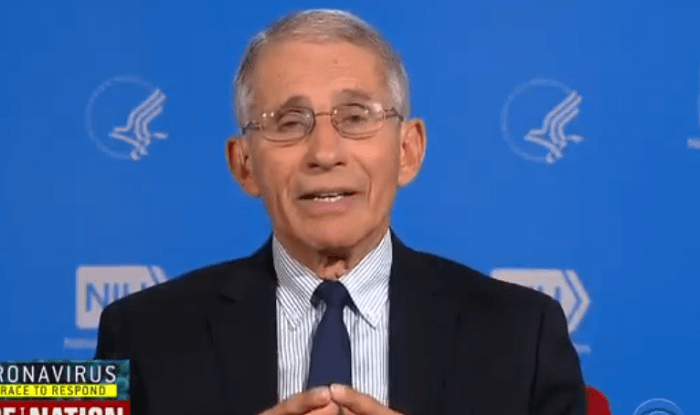 Fauci, testifying before Congress on Tuesday, said he was “quite concerned” about rising infection rates in certain states such as Texas and Florida, adding “they need to follow guidelines that have been very carefully laid out” for them.

“Fauci said today that he’s concerned about states like Texas that skipped over certain things,” the Republican Lt. Governor said.

“He doesn’t know what he’s talking about,” continued Patrick. “We haven’t skipped over anything. The only thing I’m skipping over is listening to him.”

RELATED: Congressmen Rand Paul, Andy Biggs: If We Keep Listening to Fauci, There Won’t Be an America to Reopen

Patrick has been a staunch supporter of Texas’ efforts to reopen amid the pandemic, even as Governor Abbott put those plans on hold last week due to a surge in COVID-19 cases.

Still, he has no desire to hear Fauci, who has been challenged on past claims, dole out advice to the Lone Star State.

“He has been wrong every time on every issue,” Patrick charged. “I don’t need his advice anymore.”

Fauci’s comments lumped several states together but later said some states followed guidelines while others did not, never specifically naming Texas as one of the latter.

He has discouraged Americans from attending events this Fourth of July weekend, including the Mount Rushmore fireworks display hosted by the President.

“Dr. Fauci, virtually every day we seem to hear from you things we can’t do. But when you’re asked, can we go back to school?, I don’t hear much certitude at all.”pic.twitter.com/M9QWoPDjyD

Patrick isn’t the only one seemingly fed up with Fauci’s guidance during the coronavirus pandemic.

Senator Rand Paul (R-KY) slammed him and other experts for their “fatal conceit” in assuming their suggestions are the be-all-end-all.

“It is a fatal conceit to believe any one person or small group of people has the knowledge necessary to direct an economy or dictate public health behaviour,” Paul told Fauci at Tuesday’s Senate panel.

“It’s important to realize that if society meekly submits to an expert, and that expert is wrong, a great deal of harm may occur,” he continued. “When we allow one man’s policy or one group of small men or women to be foisted on an entire nation.”

Fauci’s dire predictions, willfully ignoring herd immunity that may have squashed the threat of this virus already, along with other ‘experts’ incorrect assessments have left the economy in shambles.

“Fauci persists in advocating policies that have emasculated the medical care system and ruined the economy, Paul and Representative Andy Biggs (R-AZ) wrote in an op-ed, citing models that have proven wrong time and again.

“Anthony Fauci wants America closed until there’s nothing to reopen.”

Maybe Patrick shouldn’t listen to him.

Why hasn’t Tiger Woods won at Riviera? There are a few reasons