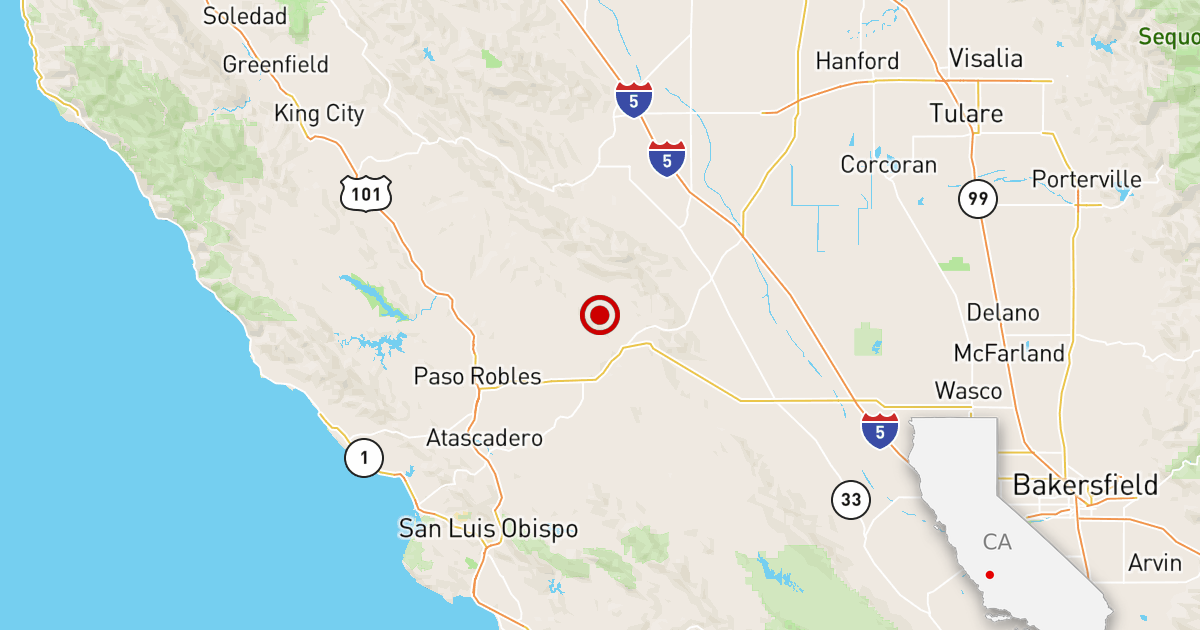 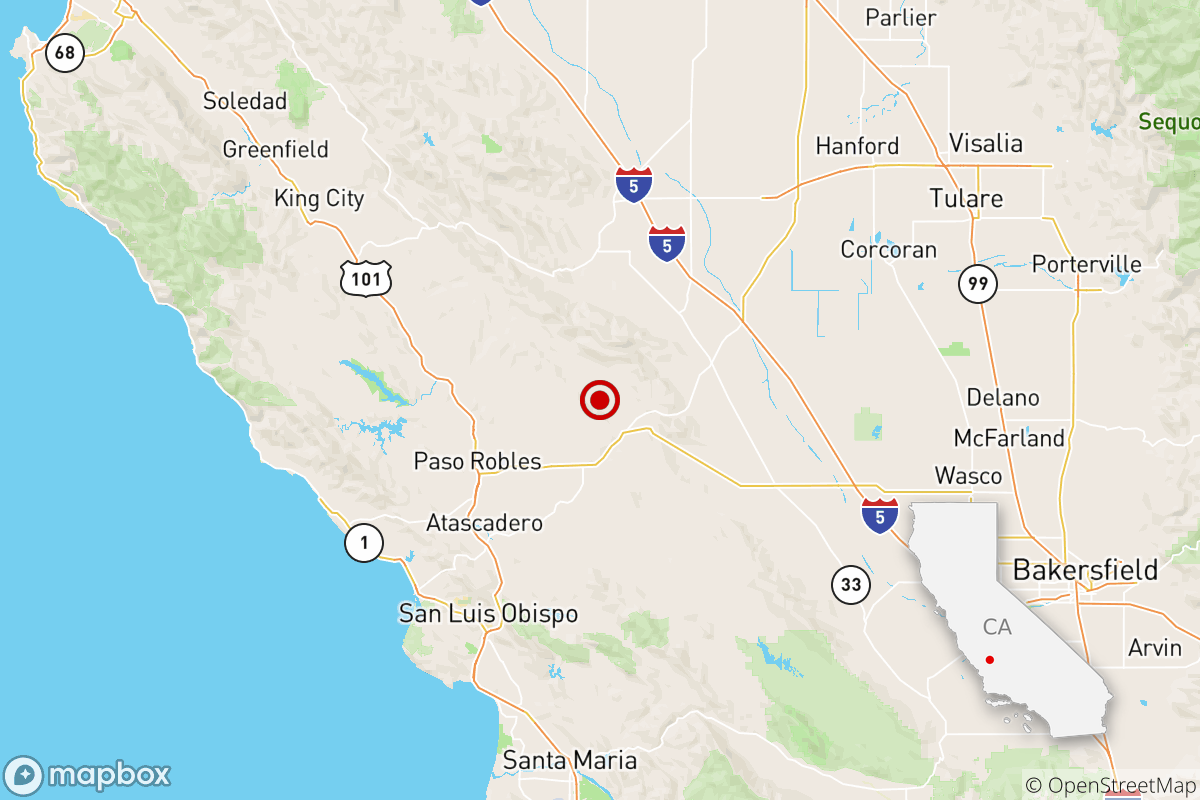 A magnitude 4.3 earthquake has been reported 10:29 a.m. Tuesday 13 kilometers from Paso Robles, Calif., according to the U.S. Geological Survey.

At the past 10 days, there’s been one earthquake of magnitude 3.0 or higher centered nearby.

An average of 25 earthquakes with magnitudes of 4.0 to 5.0 happen annually in California and Nevada, according to a current three-year data sample.

The earthquake occurred at a depth of 3.9 miles. Can you feel that earthquake? Look at reporting what you believed to the USGS.

Learn what things to do before, and duringan earthquake near you by studying our five-step earthquake preparedness manual.

This narrative was automatically generated by Quakebot, a computer software that tracks the most recent earthquakes detected from the USGS. A Times editor analyzed the article before it was printed. If you are interested in knowing more about the machine, see our listing of frequently asked questions.

$600 ‘doomsday’ dinner party, delivered to your door by bunnies

Cardi B gave her husband (a whole lot of) cash in a fridge for...

The latest updates from around the world

Lili Reinhart Candidly Opens Up About Coming Out As Bisexual