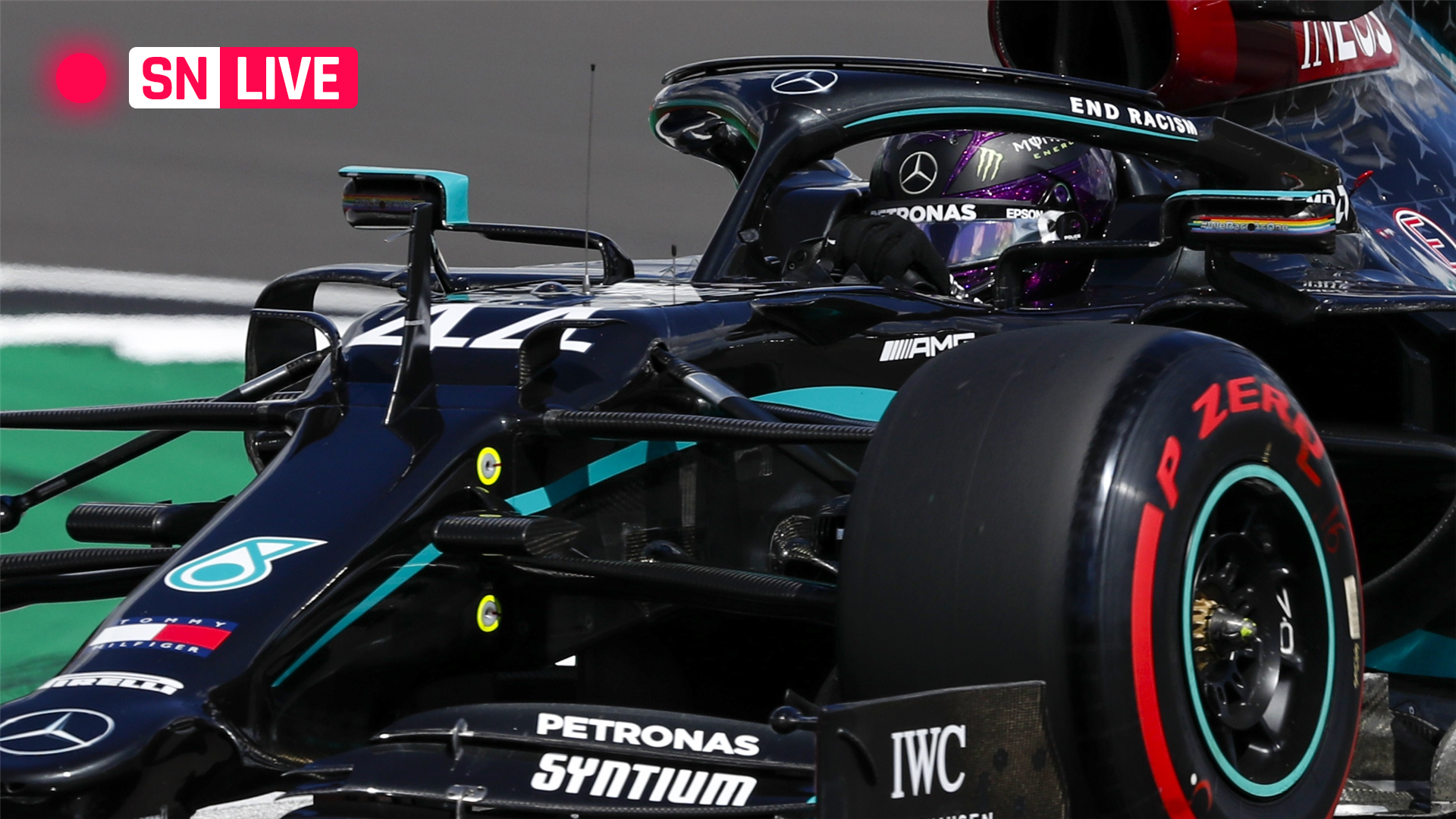 Can Lewis Hamilton be stopped?

That might be the easiest question to answer heading into Sunday’s British Grand Prix at Silverstone. To this point in the F1 season, it doesn’t look like that’s going to happen. Unsurprisingly, Hamilton once again sits in the pole position after a dazzling, dizzying qualifying run Saturday. Mercedes teammate Valtteri Bottas will start beside him on the starting grid.

Hamilton has won his last two races in dominating fashion, with victories at the Styrian and Hungarian GPs in July. Silverstone could prove more of the same. Hamilton has dominated the circuit while behind the wheel for Mercedes, taking home British GP victories in five of the last six years.

So, to revisit: Can Lewis Hamilton be stopped? The answer will likely be, “Hmm, probably not.”

Maybe a better question to ask would be: Who will stand on the podium beside him? There’s a much more open debate on that, because the field behind Mercedes is wide-open. Though it’s still early, this has been a disappointing season thus far for Charles Leclerc, Sebastian Vettel and Team Ferrari, who have just 27 points and one podium for their efforts. With at least 10 more races on the docket, there’s time to make up the deficit, but the car — and the team’s drivers — must…

Britney Spears shares video of the moment her foot broke

Eviction moratorium in August? The current update on rent relief and landlord laws