Home Politics Fay could develop this week into sixth-named storm of hurricane season with... 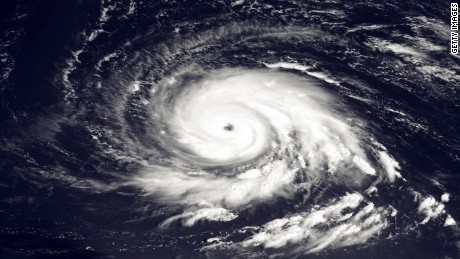 If upgraded, Fay will be the earliest tropical storm that begins with an “F” on record. The previous record was set on July 21, 2005.

“Environmental conditions are expected to be conducive for development and a tropical or subtropical cyclone is likely to form within the next day or so,” the National Hurricane Center said.

“We’ve been watching the center of this system move across Georgia and the Carolinas for a few days now,” CNN meteorologist Taylor Ward says. “As the center moves offshore of North Carolina and hugs the coast, it will be able to tap into the warm waters of the Gulf Stream and could become a tropical storm.”

Whether the storm gets a name or not, the impacts along the coast will be about the same. Much of the heavy rain that has already fallen across portions of the Southeast will continue to impact the North Carolina coast through Thursday.

North of the Outer Banks, torrential rainfall will remain offshore.

The storm will continue to crawl up the coast, impacting the mid-Atlantic and Northeast.

“Residents along the mid-Atlantic and Northeast coasts should expect conditions similar to a Nor’ easter,” according to Ward. “Bands of rain and gusty winds will bring the potential for coastal flooding, beach erosion and rip currents from Thursday to Saturday.”

Expect rainfall amounts of 1 to 3 inches along the mid-Atlantic and Northeast coasts.