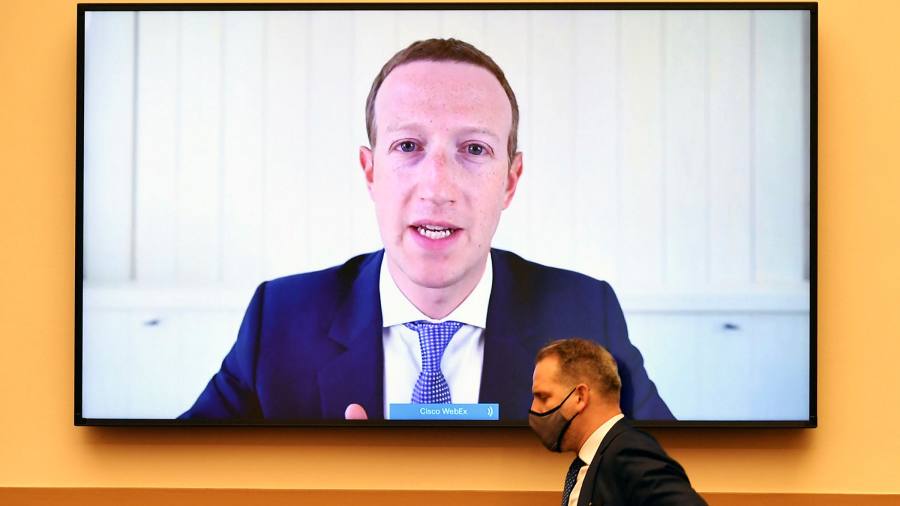 FT subscribers can click here to receive FirstFT every day by email.

The chief executives of Amazon, Facebook, Apple and Alphabet were told on Wednesday their companies had “too much power” and that they behaved like “cyber barons” in an unprecedented and at times uncomfortable grilling from US lawmakers.

Among the most damning revelations in the six-hour hearing was a 2012 email in which Facebook’s Mark Zuckerberg acknowledged that he planned to acquire photo app Instagram in order to “neutralise” it.

There were also uncomfortable moments for the heads of Amazon, Apple and Alphabet too, from a trove of newly unearthed internal documents that showed how the companies chased dominance and then sought to protect it.

“Many of the practices used by these companies have harmful economic effects. They discourage entrepreneurship, destroy jobs, raise costs and degrade quality,” said David Cicilline, Democratic chair of the antitrust subcommittee of the House judiciary committee.

His committee has been investigating the market power of Big Tech for more than a year and is set to publish a final report that may inform new antitrust legislation.

There were also some scenes familiar to anyone who has been working from home throughout the pandemic.

At one point the founder…

Sports anchor Dan O’Toole’s 5-week-old daughter is ‘safe’ after he reported her missing: ‘I...