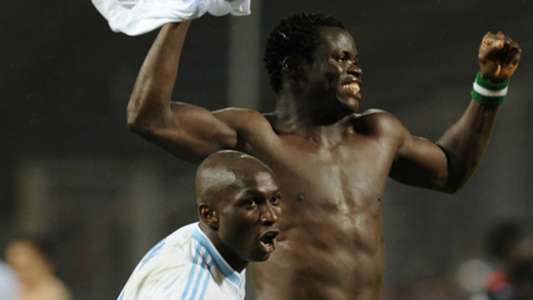 Taiwo recently played in the Finnish top-flight with RoPS during the 2019 season where he scored a goal in 27 league matches.

The renowned left-back, who started his professional career at Nigeria Professional Football League side Lobi Stars, has enjoyed a nomadic career across Europe, playing in England, Italy, France, Turkey, Switzerland and Finland.

Doxa ended the 2019-20 Cypriot First Division season at the bottom of the table following the league was abandoned due to the coronavirus pandemic in May.

No title was an award and no teams were relegated, however, Taiwo’s signing comes as a defensive reinforcement for Costas Sakkas’s side after their disappointing campaign where they lost 15 of their 23 league games.

“The Association, Doxa Katokopia announce the start of co-operation with the Nigerian football player Taye Taiwo,” the club announced.

“He chose to fight with the number 33. We welcome Taye Taiwo to the Doxa family and wish him every success.”

The 2006 Caf Young Player of the Year started his European career with Marseille at age 20 in 2005 where he won the Ligue 1 title and the French League Cup throughout his six years at the club.

He moved to AC Milan in May 2011, but that he was unable to secure regular first-team action at the club which forced him to switch to QPR on a short-term loan in January 2012.

The 35-year-old continued his loan sojourn at Dynamo Kyiv for the 2012-13 season before he left Milan for Bursaspor on a three-year contract in summer time of 2013.

Taiwo spent 2 yrs in the Turkish Super Lig club before teaming up with Finnish outfit HJK in 2015 where he spent a year.

He had brief stints at Swiss club Lausanne-Sport and Swedish outfit AFC Eskilstuna before returning to Finland to join RoPS in 2018.

Lizzo Had The PERFECT Response To A Body-Shamer On Twitter – ‘Here’s The Attention...