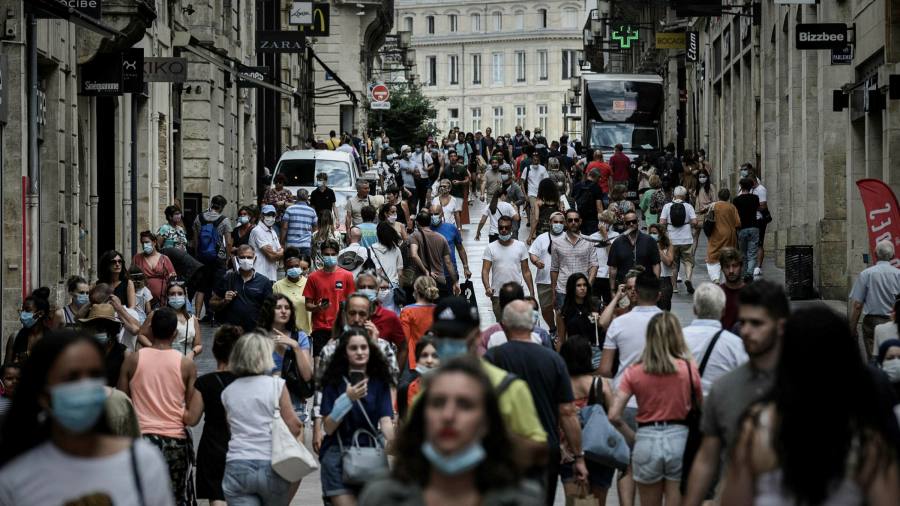 French consumer confidence declined in July, denting hopes that the country’s economy would bounce back rapidly from the coronavirus crisis.

After an initial rebound in June, the French statistics agency’s consumer sentiment index fell by two points to 94 in July, below the average of 99 forecast by economists in a poll by Reuters.

A score below 100 indicates that consumer confidence is lower than its long-term average, whereas a score above that mark suggests that sentiment is above average.

French households felt their personal financial situation was deteriorating and did not believe now was a suitable time to make big purchases, the national statistics agency Insee said. The share of French households who thought it was better to save than to spend increased for the third consecutive month.

Fears about unemployment have decreased slightly but remain well above the long-term average. Fewer French households believe the standard of living in the country has improved during the past year.

Jessica Hinds, an economist at Capital Economics, said: “Households’ unemployment expectations remained very high, suggesting that the extension of the temporary unemployment scheme has done little to reassure employees about their job prospects, even as economic activity has…

France and Britain ‘will rip each other apart over trade talks’ warns Macron’s Foreign...