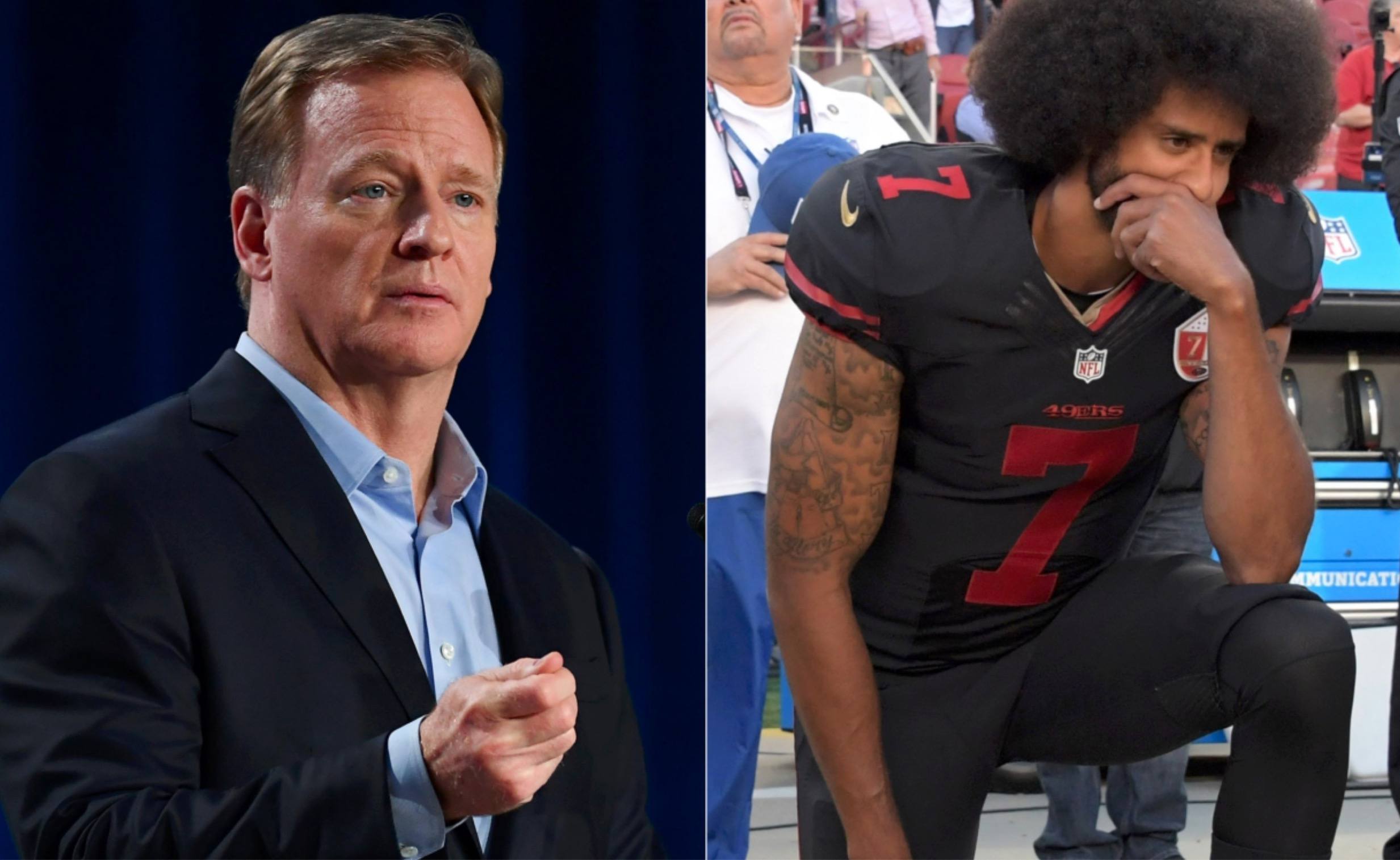 Roger Roger Roger… dude, you’re getting played. This could be the epitome of someone perhaps not taking responsibility for their own actions.

NFL commissioner Roger Goodell has begun shifting on the NFL’s approach to racial issues in the wake of the national movement to push the message of Black Lives Matter, which intensified when George Floyd was killed by the Minnesota Police Officer which was captured on video that swept the world.

What is he doing? He is encouraging NFL teams to sign the controversial Colin Kaepernick.

Kaepernick found his black activism after he was benched by the San Francisco 49ers. He began kneeling through the playing of the National Anthem, which caught the media’s attention and it started a lot of negativity among fans but gave the media a story with legs.

He was offered a backup role on the Denver Broncos but that he wanted to start, which is why that he turned them down.

Godell is throwing his entire league down the tubes, giving in to some guy who just last year bumbled a workout session in front of NFL teams. Eighteen league teams flew to his location only for him to change the place one hour just before his work-out. That is really a power play and not an individual looking for a job.

NY POST – NFL commissioner Roger Goodell said he’d support and encourage a team ready to sign quarterback Colin Kaepernick, who settled a collusion lawsuit from the league over claims teams were working together to help keep him away because of his kneeling through the national anthem in 2016.

“Well, listen, if he wants to resume his career in the NFL, then obviously it’s going to take a team to make that decision,” Goodell said Monday throughout ESPN’s “The Return of Sports” special, airing from 9-11 p.m. “But I welcome that, support a club making that decision, and encourage them to do that.”

It’s part of a continued about-face by the NFL within the last few few weeks, as Goodell admitted a mistake in not playing his players sooner on concerns of racial and social injustice in America. Kneeling protests often were misrepresented as anti-flag, with President Donald Trump banging the drum loudest.

NFL MUST NOT FOCUS ON KAEPERNICK

Be serious. Unsigned Cam Newton, formerly of the Carolina Panthers is clearly a far superior player and really should be signed first. But there are others, a lot better than Kaepernick, who deserve a chance and further the fans of any team deserves to really have the best quarterback on the field or on the bench. Goodell is simply flip-flopping and bending to the PC crowd. Time for a new commissioner.

MORE NEWS: Pelosi Declares ‘A Chokehold Is A Lynching’ And Believes Republicans Will Agree To Ban Them

Kaepernick has received every break in the world in education living spaces and parents that will do such a thing for him to successfully achieve in the NFL. His disrespect for our flag and our veterans which I am one. They can continue to disrespect the national symbols including the flag and our vets of which I will be one.

YOU’VE LOST ME IN THE EVENT THAT YOU SIGN KAEPERNICK

I served eight years in the Air Force, as I enlisted at seventeen years and four days. I continue steadily to love the nation and our citizens. I must say i enjoyed the Niners and their accomplishments, even though I will be a Dallas Cowboys fan and wouldn’t normally care to look at a team with him in it due to his hate for our country.

That is my country and my life and he makes his choice and we will react in kind.

Lockdown was the longest period of quiet in recorded human history