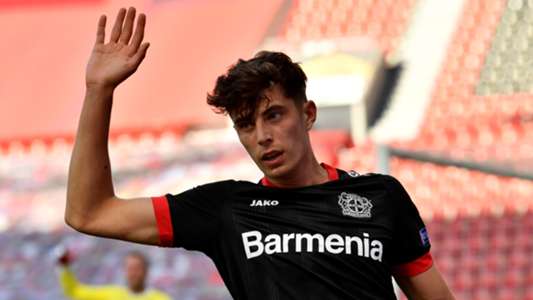 Leverkusen’s Europa League campaign came to an end on Monday, beaten 2-1 by Serie A side Inter in Dusseldorf.

Nicolo Barella and Romelu Lukaku had given Inter a commanding lead inside 21 minutes, before Havertz reduced the deficit three minutes later.

Havertz has been tipped to leave Leverkusen for Premier League giants Chelsea once the 2019-20 season has concluded, and Bosz was asked whether the Germany international had played his final match for the club.

Leverkusen are claimed to want £90 million ($115m) for Havertz, with Chelsea thought to be interested in a structured deal that starts at around £70m.

But the club’s sporting director Rudi Voller says any club wanting to buy Havertz must pay the asking price otherwise he will stay at the BayArena for another year.

The Teams That Passed On Drafting Kobe Bryant