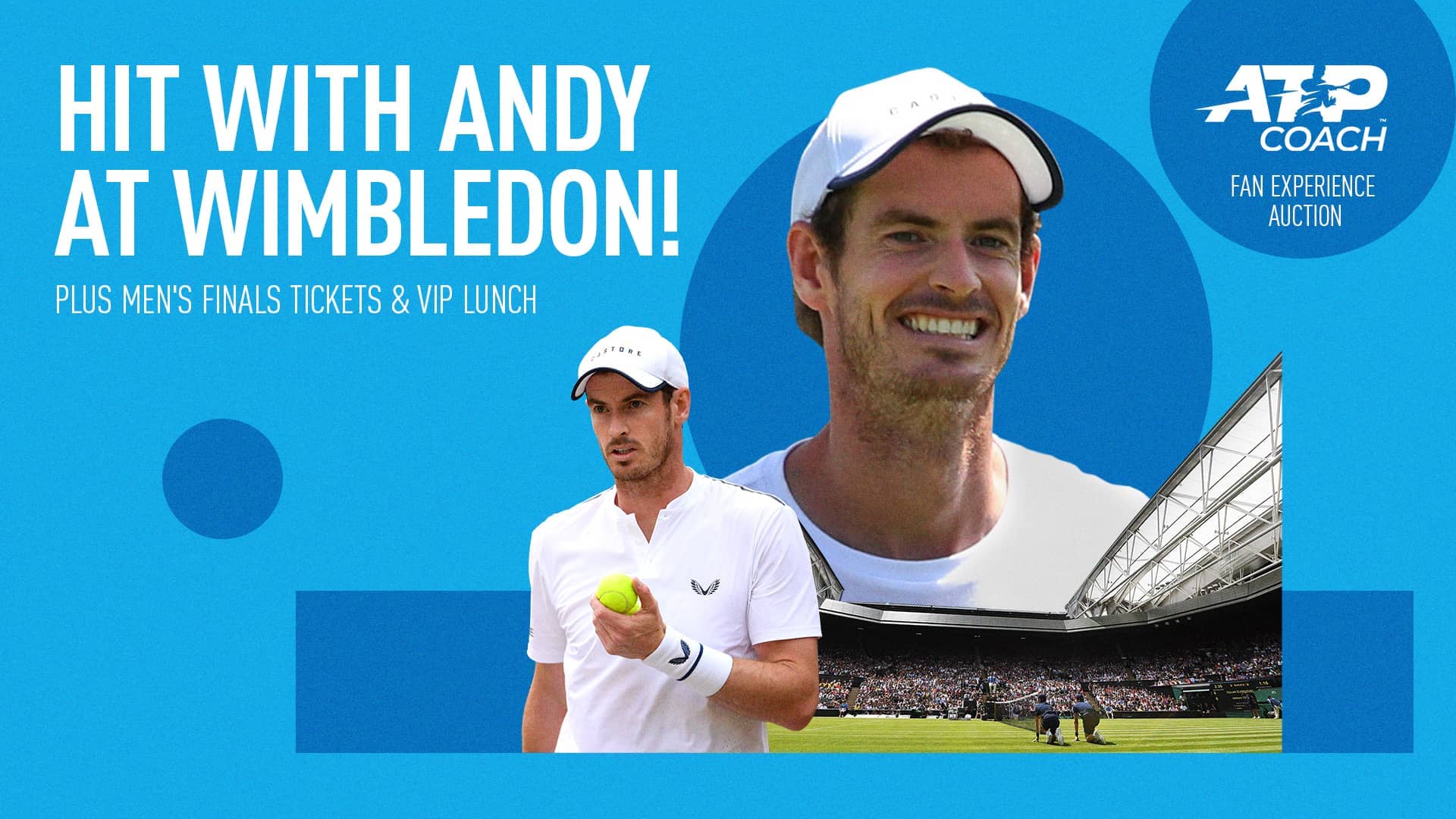 Through a charity auction, Murray is providing a once-in-a-lifetime chance to hit with him at The Championships in 2021. Proceeds will go towards members of the ATP Coach Programme, whose ability to work has been impacted by the ongoing pandemic, and the global COVID-19 relief fund. Learn More & Bid

“I am personally very happy to be involved. So many areas of our sport have been affected throughout the Tour suspension, including coaches,” Murray said. “It’s important we help each other where we can. I think everybody involved has done a great job in creating something unique for fans that also supports a worthy cause.”

The winning bidder and one guest will get to pay one hour on court with the former World No. 1 before enjoying a personal lunch in the members’ enclosure at the All England Club. Additionally, they’ll receive two tickets to the 2021 Wimbledon men’s singles final.

There are six additional ultimate tennis experiences up for grabs, including a private session with Stan Wawrinka and his team (Magnus Norman and Daniel Vallverdu) at an ATP Tour event in Europe or the Americas between January and July 2021. Toni Nadal is offering two hours on court at the 2021 Barcelona Open Banc Sabadell.

You can also enter a prize draw for the chance to win a frame of signed racquets from each of the Big Four: Roger Federer, Rafael Nadal, Novak Djokovic and Murray.

“There are some fantastic new experiences up for grabs that I hope fans will be excited by,” Murray said.

‘I was happy to share’ says David Bowie’s ex-wife Angie as reveals his affair...

Sahith Theegala fires 62 in first round as a professional