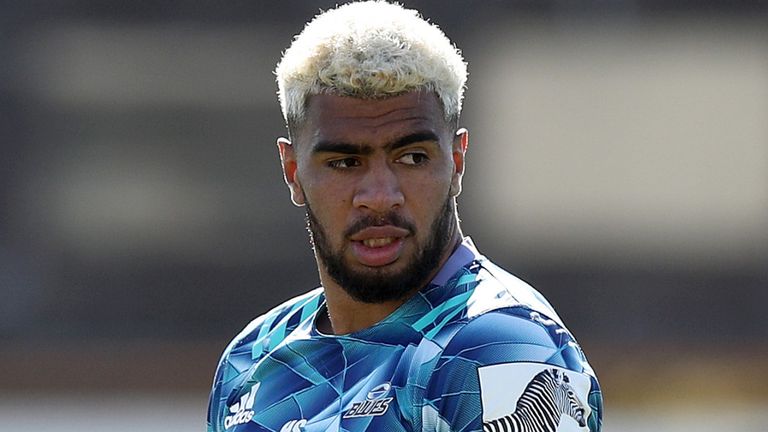 21-year-old No 8 has impressed in Super Rugby Aotearoa and is permitted play for New Zealand, England and Fiji

Hoskins Sotutu has appeared to commit his future to New Zealand by signing a new two-year contract with the Auckland Blues.

The 21-year-old No 8 has impressed in New Zealand’s Super Rugby Aotearoa in recent weeks, and is tipped for an All Blacks call up, whenever they play in 2020.

New All Blacks head coach, Ian Foster, has a void to fill at No 8 following a retirement of captain Kieran Read following the 2019 World Cup.

Sotutu also qualifies for Fiji through his father, Waisake Sotutu, the former Auckland and Blues player, as well as England, through his mother.

Both Fiji coach Vern Cotter and England boss Eddie Jones were reportedly keen to persuade Sotutu to play for them, but he now looks set for New Zealand.

England cannot contact players beyond their domestic league, aside from in “exceptional circumstances” – meaning Sotutu would now not have the ability to play for them before end of 2022, at the earliest.

Jones has targeted Super Rugby players previously, having persuaded Brad Shields and Piers Francis to give up the league and proceed to the Premiership in order to play for England.

After Sotutu signed his new deal, Blues coach Leon MacDonald said: “He has a unique skill set which can be well-rounded.

“He has set up tries with his kicking and with accurate missed passes yet they can do the core roles of carrying hard, offloading, making his tackles and [is] a secured asset in the lineout.

“Hoskins got his chance with the work he did pre-season and has continued to deliver game in, game out.”

The 50 best ever Glastonbury Festival performances