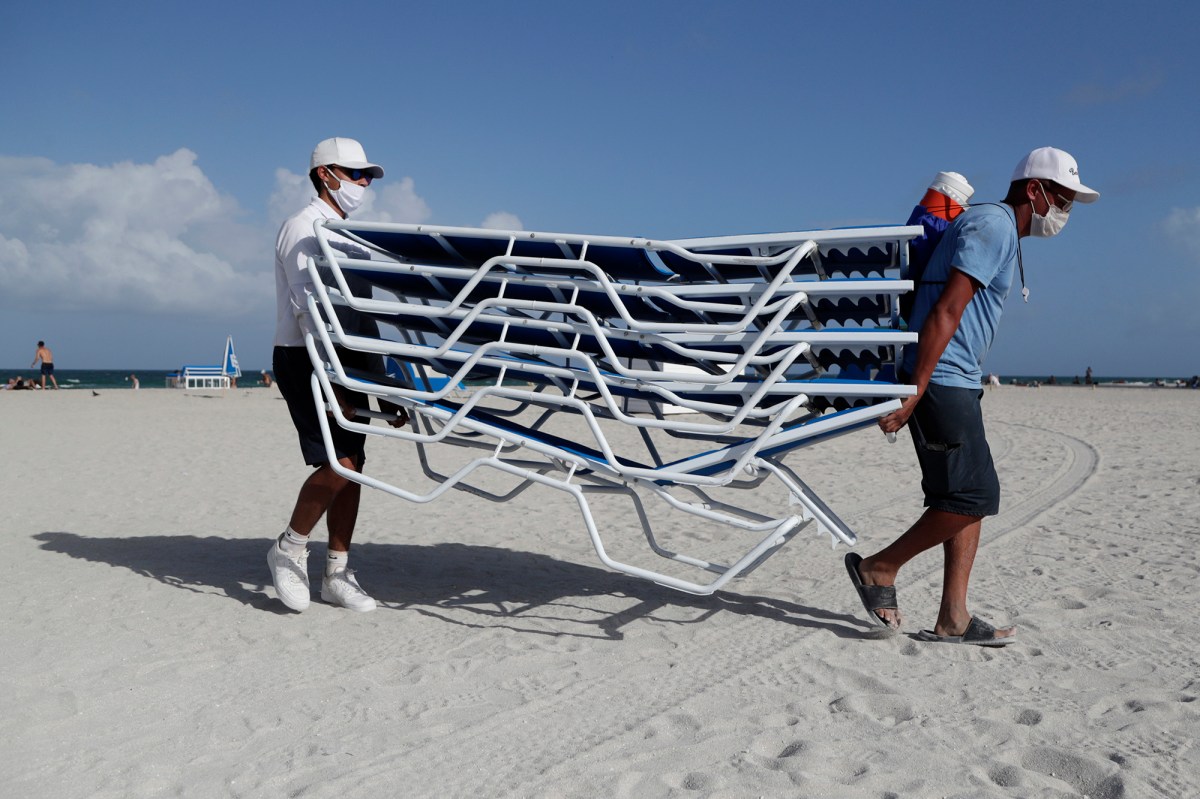 Strong winds and heavy rain uprooted trees and ripped off shingles in an area that rings Nassau before heading back out to water for a 200-mile trek to Miami, and a possible march up the East Coast to New York.

Forecasters at Miami’s National Hurricane Center estimated Isaias would make landfall late Saturday or in the wee hours of Sunday near Boca Raton, about 50 miles from the Magic City, as a Category 2 storm.

In Miami, Mayor Carlos Giménez closed beaches and marinas, and put nearly two dozen evacuation centers on standby. The centers could be configured to prevent the spread of the coronavirus, officials said. Florida is nearing California’s record number of 500,000 confirmed COVID-19 cases, with more than 470,000. Nearly a quarter of those cases are in Miami-Dade.

The shelters would give every person roughly 40 square feet of space and would not have cafeteria dining — to abide by social distancing measures.

“We still don’t think there is a need to open shelters for this storm, but they are ready,” Giménez told the Associated Press.

Kobe Bryant helicopter firm was not allowed to fly in fog