Home Sports Football Ibrahimovic makes you grow as a player and a man, says former... 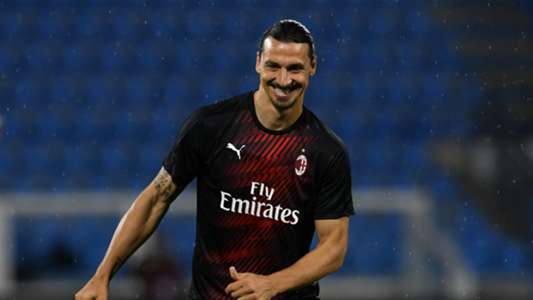 Zlatan Ibrahimovic’s ability only has a positive impact on team-mates, according to former Paris Saint-Germain attacker Jeremy Menez.

Ex-France international Menez spent three years at the Parc des Princes, two of those alongside Ibrahimovic, before joining Milan in 2014.

The 33-year-old built up a good connection with Ibrahimovic on the field in his early days at PSG but a change in system saw him lose his place in the side.

Menez, now plying his trade in Serie C after joining Reggina last week, is grateful for the advice given to him by the striker during their time in the French capital

“I always got along well with him and his words motivate you to give your all, train at your best,” he told Stats Perform News. “I never had any problem with him. Such a player pushes you to improve all the time. He always wants to win. He goes out every day to train well and win it all.

“I thank him because playing with players like him makes you grow as a professional and as a man.”

God and his students pic.twitter.com/PzRgHr8uiM

Ibrahimovic scored 156 goals in 180 appearances for PSG and referred to himself as “God” in the dressing room. Menez says the Milan striker has more than justified the hype on the field by scoring goals wherever he has played.

“It is a joke because he is like that. I smile at that because this is Ibra. It represents his career,” Menez said.

Menez has spent time in France, Turkey and Mexico since leaving Milan, but insists he is fully motivated after joining Reggina.

“I am the same Jeremy as six years ago, though this Jeremy has slept for two or three years and felt a bit out of phase. But now I am super motivated and the quality is still here,” Menez said. “But I know I am not an easy guy to deal with myself, it’s not easy to be with me every day, but we grow up, mature and get better day by day.”

GM, Ford and other automakers to halt production in the US