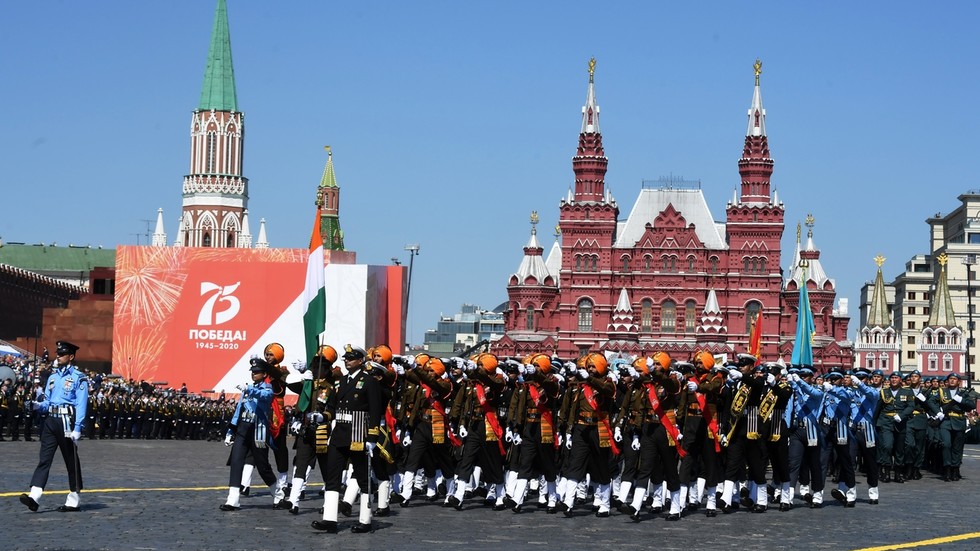 Security challenges now faced by India have complicated preparations of its troops for the Victory Day parade, but they still marched on the Red Square and won the hearts of the Russian audience, their commander told RT.

The parade in Moscow, focused on 75th anniversary of victory against the Nazi Germany, was “a gala performance, with a great history behind it,” said Colonel Anil Kumar, commander of the tri-services contingent. The participation of the Indian troops in it is becoming yet another sign that friendship between India and Russia is “increasing by the day.”

Making it to the Russian capital was no easy task for the Indian contingent, due to the current security “challenges,” Kumar explained, talking about the recent clashes with Chinese troops in the disputed Galwan Valley in the Himalayas, as well as traditionally tense relations with Pakistan.

The tri-services contingent had under seven days to prepare for the parade, while also lacking time and energy to practice entirely on the Red Square. Col. Kumar insisted that the display by his gents and ladies was “absolutely praise-worthy,” especially pointing out their “sparking eyes and the bouncing steps.”

The cheer and the response from the Russian people shows how the Indian armed forces contingent been readily accepted in Moscow.

The Indian troops were “very grateful” to Russia for the invitation to get involved in the Victory Day celebrations plus they would gladly repeat this experience again, Kumar said.

In addition to the Indian contingent, units from China, Mongolia, Serbia, and nine former republics of the Soviet Union – Armenia, Azerbaijan, Belarus, Kazakhstan, Kyrgyzstan, Moldova, Uzbekistan, Turkmenistan and Tajikistan – joined the Russian troops in the parade, which was rescheduled from its traditional date on May 9 as a result of the coronavirus pandemic.