Home Trend Infections in the office: companies ask for the tracking app that the... 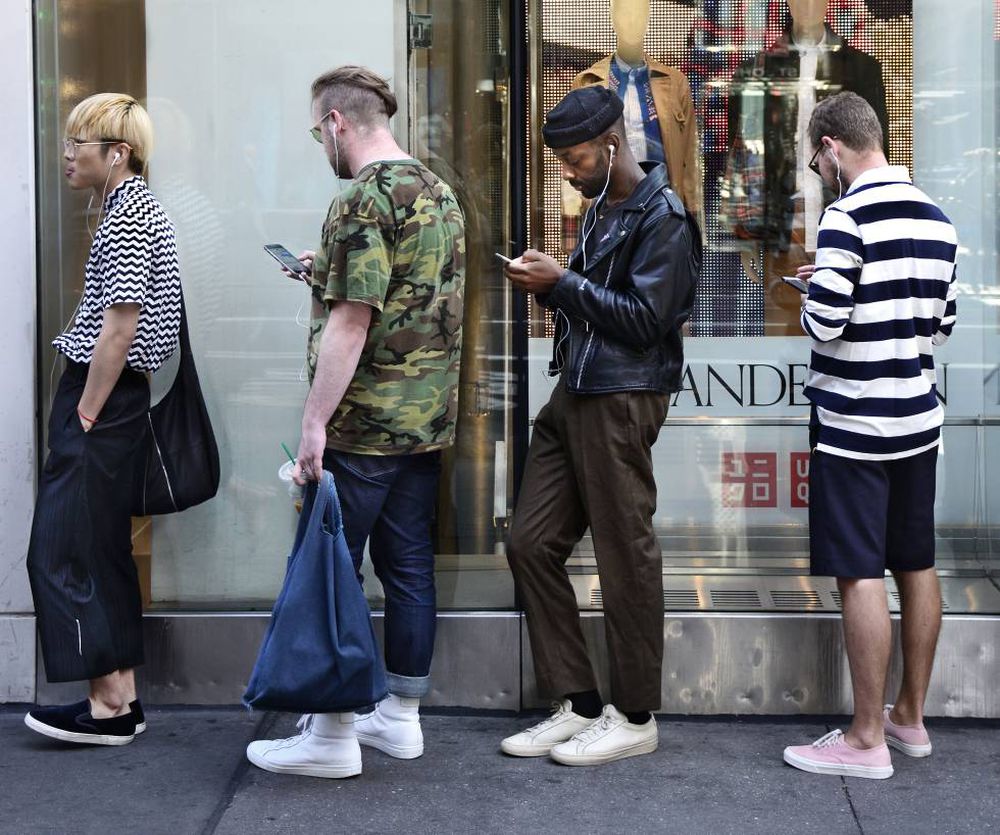 The slow process of returning to normal requires new solutions. Businesses that have had to close aspire to avoid having to do it again. A widely discussed tool in recent weeks has been the app tracking, which allows you to know who a person has been who is later positive by covid. Several governments around the world test their versions of the app and Google and Apple have offered a system that allows interoperability across borders.

In Spain, the government does not stop relying on technology to trace contacts. When in doubt, companies and autonomous communities are trying to find their own ways. It is not an easy or desirable solution because one of the keys to a app so it works between territories. In Europe, the protocol that at the moment most countries have adopted is called DP3T and is led by a Spanish engineer, Carmela Troncoso, a researcher at the Polytechnic University of Lausanne.

Last Tuesday afternoon a heterogeneous group of representatives and stakeholders from various autonomous communities participated in a videoconference with Troncoso and members of his team. The reason was, according to the call, that “they had received various requests and questions about the development of DP3T from Spain” and wanted to “coordinate efforts, ensure interoperability and address governance issues.” The final decision is still in the hands of the Government, but until its verdict arrives and in the face of its doubts, the rest continue to move forward.

In the videoconference was Óscar Lage, head of cybersecurity and blockchain at Tecnalia, a non-profit research center based in the Basque Country. In his two mobiles, Lage already has a version of the app emitting bluetooth signals with the DP3T protocol, together for now with a hundred colleagues from his organization. Next Friday the test will begin with groups of the 1,400 Tecnalia employees and soon also from the Ibermatica company, collaborators in the project. The Basque Government is interested in the app for what they call the Productive Resumption Project of the Basque Country. Tecnalia has also spoken with other governments, including Spanish; among its employers is the Ministry of Industry. “But many companies have come asking us, because they would be very happy to try this at their headquarters,” says Lage.

These apps work via bluetooth: mobiles emit and receive anonymous codes from people around them for a specified number of minutes. If days later a person tests positive, the codes he has sent are uploaded to a server and people who have been nearby receive an alert on his mobile. No one has verified whether this system is really effective in a pandemic, nor is it known how many people should carry it on their mobile phone to be useful. But less is nothing: apps they could avoid a second confinement. We have to do pilots, but they are the most credible promise: manual tracking plus the support of apps for early warning ”, says Gemma Galdón, expert in technology policies and director of Eticas Research & Consulting.

According to Lage, the growing need now stems from the absence for the moment of a better alternative: “If we are lucky to have a app Government with a large adoption and begins to be useful, companies may withdraw yours. As long as that does not happen, which may be weeks, months or maybe never come, companies want to put an individual protective equipment (PPE) on their employees and this is it, “he says.

Along with companies, there are regional governments that, perhaps due to the proximity of summer, see it more necessary to have tools that can help to give confidence to citizens. “The future should be in apps interoperable and we risk a lot as a tourism country, the best thing would be to have it interoperable with the rest of the countries. This can determine that there are people who dare or not to come to Spain. If a German wants to come to Spain on vacation, it still gives him more peace of mind, if this succeeds, “says Lage.

The lack of successful examples and perhaps the technical complexity of the system on which the operation of the application is based scares some governments. “In several countries the health authorities are reluctant to technology. On the one hand, because they are overwhelmed, on the other, because it was promised that apps self-diagnosis tests would be useful and have had little impact (apart from legal problems), ”says Galdón, who advises ten European and Latin American countries on the adoption of these technologies.

That does not prevent companies from seeing it as an option. “Some companies come and tell us that ‘what the government is starting to do I want’ and in this case it is because they want that if someone gets infected on a production line they do not withdraw the entire line or close the entire plant”, Lage explains.

The problems faced by an initiative like Tecnalia’s to bring an app designed for millions of people to companies are complex. First, Google and Apple have proposed their system for one health authority per country, unless a government tells them that development in their country will be regional. Without using the system of the two companies that control the majority of mobiles in the world, it will be more difficult for bluetooth to work well without eating up the battery while the user has the mobile at rest or uses other applications. In Android there are tricks to achieve it, with iPhones it is almost impossible, as some governments are already verifying.

The app would not appear in principle in the App or Play Stores, although that would also be solvable because there is management software for mobile devices that allows you to send apps to certain phones. In addition, in the DP3T protocol only the user knows that he has been close to someone who is positive today. Would that be enough for a company? “The protocol of most companies is that if you receive an alert, you notify the department of occupational hazards,” says Lage. But there are companies that want more security. For this, at Tecnalia they are already imagining solutions. “We are trying. We have made a scientific article on how you could, using cryptographic techniques, know how many users have been alerted without knowing who they are. The companies we have spoken to are interested in knowing how many, ”says Lage.

Obviously, Tecnalia is not the only company that works in the development of systems like this. In Spain there is at least one other organization that is testing this protocol. But abroad the examples multiply. In the port of Antwerp, they try on bracelets that warn of the excessive closeness of a companion. In the United States, Ford tests with similar Samsung bracelets. All of these devices can be used in turn for contact tracking.

The legal aspect of having employees wear this app It will not be easy for companies on their devices either. “If they have to ‘impose’ it, they have to hold onto something and that something is not consent,” says Jorge García Herrero, a lawyer specializing in privacy. “It could be the contractual relationship, the legal obligation or they can also try to appeal to the vital or general interest, which is where I would go, for legitimate business interests. But the company has to get wet in a previous impact evaluation, unless they claim that the data is anonymous and I see it difficult to argue that the company will not be able to identify the worker who triggers the alarms, “he explains.

Man Who Became Whistleblower In Obama-Era Homeland Security Is Found Dead On The Side...