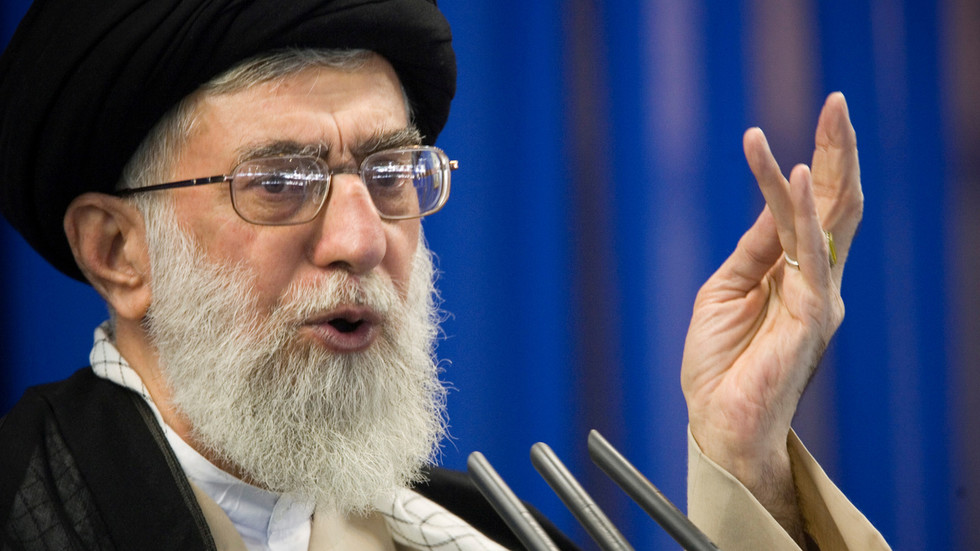 Iran’s Supreme Leader Ali Khamenei said his country won’t cave in to US demands to stop developing ballistic missiles and a nuclear industry, saying Tehran is capable to stand up to Washington’s “bullying.”

The sanctions that the US imposed against Iran are meant to destroy its economy and reduce Tehran’s regional influence, but they are only making Iran more resilient, Khamenei said on Friday, in a televised address on the occasion of the Islamic holy day of Eid al-Adha.

“The sanctions are a crime against the Iranian nation,” he said. “They may seem to target the establishment, but in fact they hurt the entire nation.”

Khamenei said despite all the US effort, Iran won’t stop producing ballistic missiles for its defense or develop its nuclear industry. He also promised that Iran will continue “resistance forces” in the region “as much as it can”.

“Relying on national capabilities and cutting our dependence on oil exports will help us to resist America’s pressure,” he assured viewers.

The US is pursuing a “maximum pressure” campaign against Iran, saying it is necessary to force it to behave “like a normal country.” The policy was adopted by the Donald Trump administration in a U-turn from what his predecessor, Barack Obama, had done.

The change required Washington to withdraw…

Starbucks Barista Who Refused Service to Maskless Woman Hopes to Build His Future With...