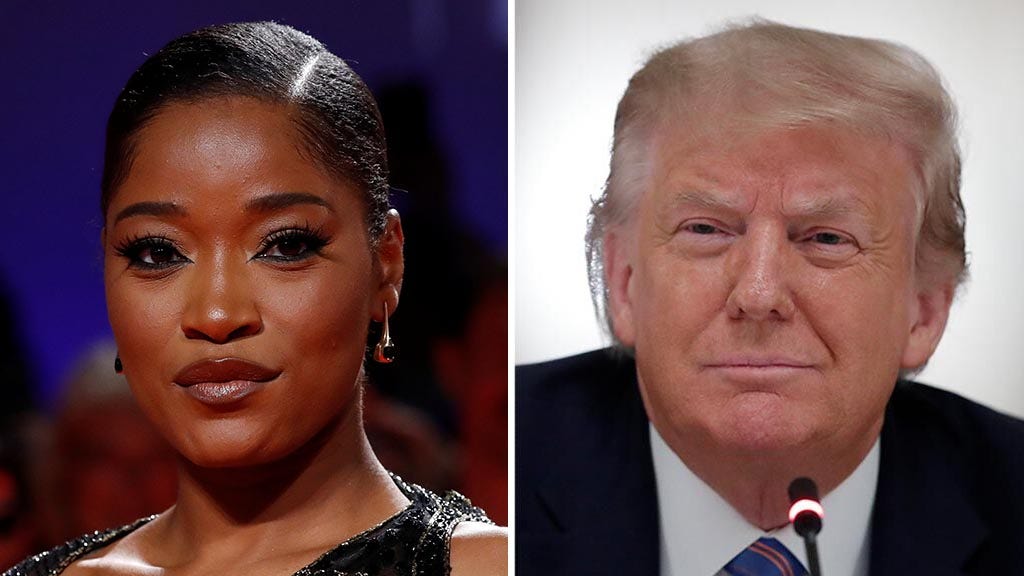 Keke Palmer is speaking her mind.

The “Hustlers” actress, 26, recently spoke with Cosmopolitan magazine to go over her participation in the ongoing pro-Black Lives Matter protests happening across the nation, as well as to describe how she believes Donald Trump’s “craziness” has affected the situation.

When asked what makes these protests distinctive from past Black Lives Matter protests that she’s participated in, Palmer said that aside from the coronavirus quarantine permitting more reflection, there was “a buildup” that generated the eruption of political activism.

JUSTIN TIMBERLAKE, A TENNESSEE NATIVE, SAYS CONFEDERATE STATUES ‘MUST BE STUDIED DOWN’

“There have been so many names turned into hashtags, so much pain,” she explained. “It blows me away because our language has progressed — I don’t mean specifically Black people. I mean young people, millennials. Naming white supremacy, saying that out loud. When I heard ‘defund the police,’ I’m like, ‘Oh, s–t. We actually could do that.'”

Additionally, Palmer said that she believes Trump, 74, to be a area of the problem aswell.

“I think President Trump plays into it too. He’s inciting a race war,” said the “Sticky” singer. “His craziness is inspiring us to just really get him the f–k out! It’s like we needed somebody who riled us up so much for us to be activated to the point of saying, ‘Oh, hell no. I can’t let this guy continue. I have to do something. I have to find a way to let my voice be heard and to let people know that I’m not with this.'”

Palmer recently made headlines on her confrontation with a soldier at a protest, pleading with them to “march beside” her.

“So, we’re marching, doing a call-and-response, and we get to this point where we’re not able to cross because the National Guard is being told to protect the nearby buildings,” she recalled. “To me, it’s just such a slap in the face. We’re the ones that need to be protected, not the damn buildings! The buildings can be rebuilt.”

The former “Scream Queens” star remembers thinking: “Why are they maybe not with us?”

“I really, honestly wanted to know why,” Palmer reflected. “I was overwhelmed with the emotion of everybody knowing what’s happening, that it’s not right. And this is something that, as a Black person, we’ve known.”

She continued: “Everything I said came out like word vomit. I know I didn’t let him get a word in edgewise, but it was because I desired him to feel me. I wanted for connecting to the human, maybe not the suit, not this robot-a– shit. “Yo, we need you to take a stand with us because this has got to stop.”

Palmer’s argument with the soldier resulted in cheers from the nearby crowd as well as a number of soldiers taking a knee, which she said “wasn’t enough.”

“George Floyd died because somebody kneeled on his neck. I’m not looking for you to kneel. I’m not looking for a moment,” she explained. “I’m looking for us to stand together. If now isn’t the time to do it, then when is? Because there was a time when standing up to the slave master seemed crazy as hell too.”

How Climate Change Strategies That Use Biomass Can Be More Realistic