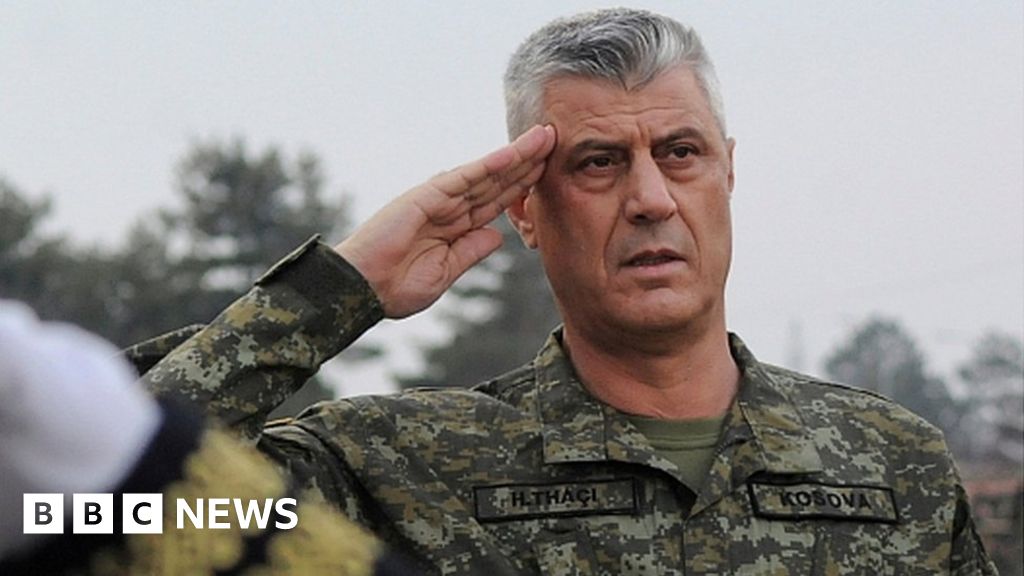 Kosovo’s President Hashim Thaci has rejected a war crimes indictment he is facing, calling it an attempt to rewrite his country’s history.

In his first comments considering that the move by prosecutors at a court in The Hague, Mr Thaci said he would address the issue in more detail in a speech on Sunday.

The charges of war crimes and crimes against humanity relate to the conflict between Kosovo and Serbia in the 1990s.

Mr Thaci has denied any wrongdoing.

A special international prosecutor in The Hague says Mr Thaci yet others “are criminally responsible for nearly 100 murders”, torture and enforced disappearances.

The charges stem from Mr Thaci’s time as one of the leaders of the Kosovo Liberation Army (KLA) which rebelled against Belgrade when Kosovo was a province of Serbia.

In a statement on Facebook on Friday, Mr Thaci said that he had landed in the Albanian capital, Tirana, and would soon be heading back to Kosovo where he would address the country on Sunday.

“Nobody can rewrite the history of Kosovo!” he said. “I remain full of hope that the coming days will be the best for Kosovo and Albania.”

However, he urged “restraint” amid concerns that the move could raise tensions with Kosovo’s ethnic Serb minority.

In its announcement, the Special Prosecutor’s Office (SPO) said that, on 24 April, it had filed a 10-count indictment with the Kosovo Specialist Chambers (KSC) “for the court’s consideration”. It has not released details about the alleged war crimes.

“The indictment is only an accusation. It is the result of a lengthy investigation and reflects the SPO’s determination that it can prove all of the charges beyond a reasonable doubt,” it said.

The statement also said Mr Thaci and another of the accused, Kosovo politician Kadri Veseli, had sought to “obstruct and undermine” the SPO’s work “in an attempt to ensure that they do not face justice”.

A pre-trial judge has 6 months to decide if the court will issue charges.

Allegations of organ-trafficking against the KLA were first set out with a former Hague war crimes prosecutor, Carla del Ponte, in 2008. The court was setup to investigate the claims.

Kosovo declared its independence in 2008, something Serbia still will not recognise.

Polish border guards detain 34 people from Middle East found in a lorry By...

Peridis: “The heart with which I live” is the chronicle of my dream novel...

Jake Paul responds to backlash after fans criticize the millionaire for filming looters in...