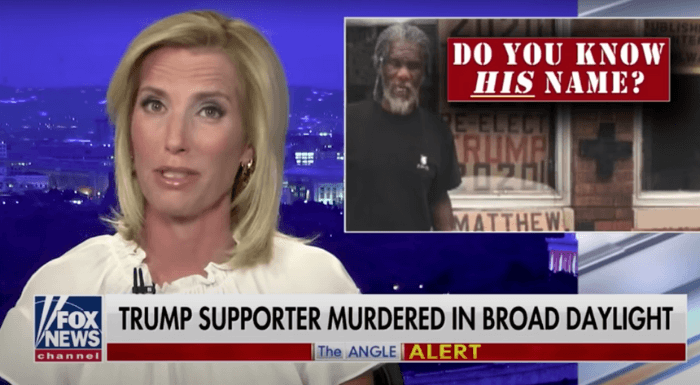 Ingraham described the 60-year-old Milwaukee man as “a well-known, passionate figure in the community, someone who had supported every issue, from police reform and other liberal causes.”

Trammell was an outspoken Trump supporter

“But lately he had been holding homemade pro-Trump signs,” Ingraham said. “That man was murdered. He also happened to be African-American. He was shot and killed outside his office just after noon while he was sitting in a lawn chair. It happened in broad daylight.”

Wisconsin Republicans have called for a federal investigation into Trammell’s murder to learn if the killing had to do with his politics.

Trammell said in a video just a few days before he was murdered,”Obama has did nothing for us. Everybody says ‘health care,’ we can’t afford health care. We ain’t got no money.”

“So Trump at least had, whether the will of God or his own inspiration, to do something that no president has ever done…

Iran’s state hospitals are no longer giving out contraceptives to try revive its dwindling...

Alexandar Lazarov’s ATP Cup Stunner: ‘I Didn’t Even Know What Time It Was Anymore’...