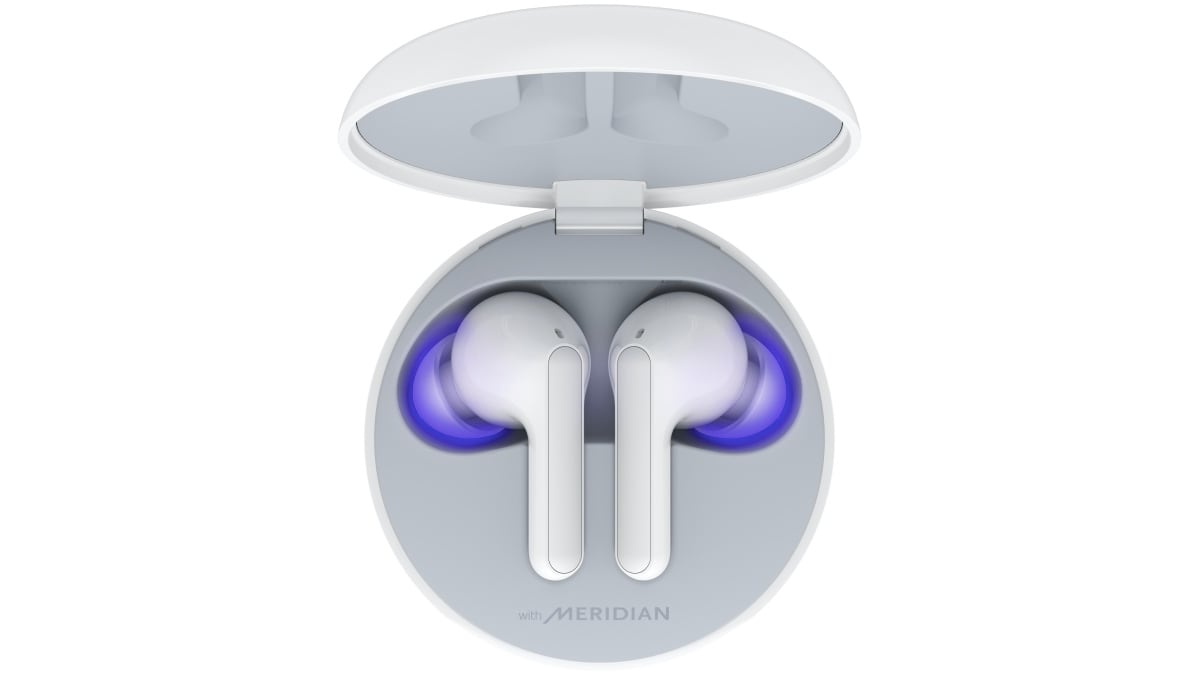 LG has launched two new true wireless earphones globally, the Tone Free HBS-FN4 and HBS-FN6, which come with Meridian Audio technology. Apart from this, the higher-end HBS-FN6 also comes with a UVnano charging case, which uses ultra-violet light to disinfect the earphones automatically when you put them away, keeping them clean for the next time you want to use them. The new LG Tone Free models are expected to go on sale in Europe and the US next month, while availability for other regions – including LG’s home market of South Korea – hasn’t been announced yet.

The key feature present on both new LG Tone Free models is technology from Meridian Audio, a British manufacturer and developer of high-end audio equipment including speakers and home theatre devices. The true wireless earphones come with Headphone Spatial Processing, which is said to create a soundstage that simulates the listening experience of a loudspeaker on the earphones.

Apart from this, both the HBS-FN6 and HBS-FN4 models also feature customised equaliser and sound settings by Meridian Audio, including Natural, Immersive, Bass Boost, and Treble Boost. The earphones feature an in-canal fit for better passive noise isolation, and there is also an ambient sound mode to allow users to hear their surroundings by activating the microphones for hear-through.

Both earphones are IPX4-rated for water resistance, and allow access to Google Assistant when used with Android devices. There are touch controls that let users control playback and volume directly on the earphones. Battery life is claimed to up to six hours on the earphones, with an additional two charges from the case, and the SBC and AAC Bluetooth codecs are supported.

The LG Tone Free HBS-FN6 is the more advanced variant of the two, and comes with a UVnano charging case. Apart from charging the earphones and providing additional off-charger battery life, the case uses ultra-violet light to disinfect the earphones when they are placed inside the case. This method self-cleans the earphones when not in use, and is claimed to eliminate common germs and bacteria on the ear tips and inner mesh of the earphones. This should theoretically reduce the chance of ear infection, and also make it a bit safer and more hygienic for multiple users to use the same earphones.

Is Mi Notebook 14 series the best affordable laptop range for India? We discussed this on Orbital, our weekly technology podcast, which you can subscribe to via Apple Podcasts or RSS, download the episode, or just hit the play button below.

Kidnapped US Teen Rescued by Police Thanks to Snapchat