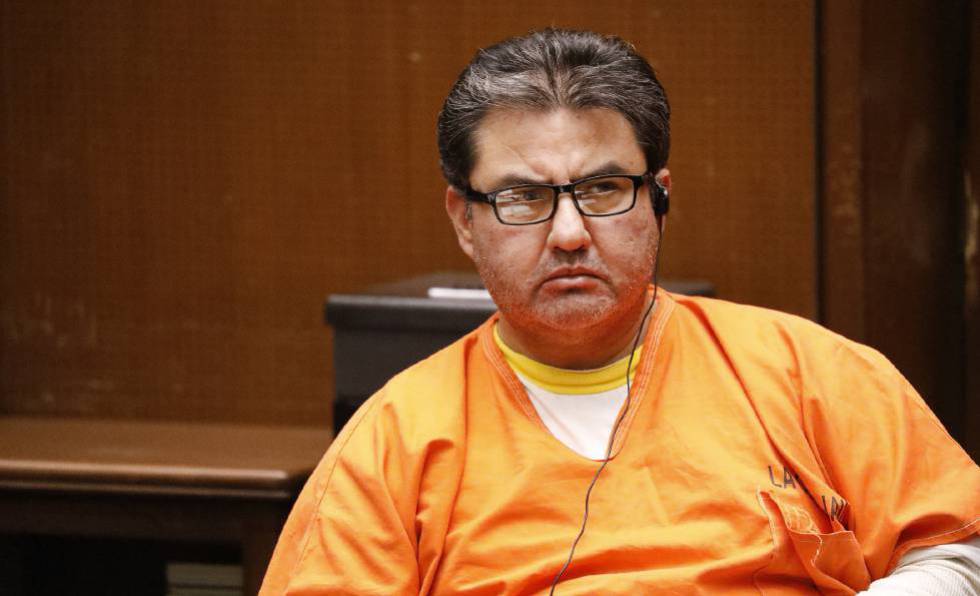 A civil lawsuit has opened a new legal front against Naasón Joaquín García, leader of the Mexican church La Luz del Mundo. Joaquín García, self-proclaimed apostle of Jesus Christ, has been accused of leading a complex network to recruit children and adolescents with the support of the church leadership and prepare them to sexually please him, even with the consent of his relatives. “They told us it was the will of God,” said Sochil Martin, the plaintiff. “Today is the time to put a stop to this, to say ‘stop,” Martin added at a press conference this Thursday in Los Angeles.

Always according to the demand, the apostle Naasón took advantage of his position of power and the coercion he exercised among his closest circle to have access to hundreds of minors, harass and abuse them. Martin, who climbed the Church hierarchy to become the leader’s personal assistant, was the victim of these abuses. “For 30 years I was told that my body, mind and soul were the property of La Luz del Mundo,” said the applicant, who left the church in 2016 and says she has been threatened since then. Joaquín García has been detained in California since last June for sexual abuse and possession of child pornography.

The abuses began when Samuel Joaquín, Naasón’s father, headed the organization, he explained. Martin. At nine years old, her aunt told her that she had been chosen to serve the Apostle Samuel. The apostle was taught what he liked and what not, that it was a “privilege” to be touched by him and he was forced to dress “provocatively” to do erotic dances. “Hundreds, if not thousands of children have suffered the same fate as me,” he said. Among the testimonies that have come to light are stories of massages, showers, intimate photographs, oral sex and rapes at the hands of the Joaquín.

According to Martin, after the abuses of Samuel came those of Naasón, long before he was appointed apostle after the death of his father in 2014. His ordeal lasted more than 22 years and included rapes, beatings and inappropriate touching by the patriarchs. of the “lineage chosen by God”. As part of the brainwashing, claimed in the lawsuit, Martin was to memorize and revise religious passages from his childhood in which the “servant of God” was claimed to be “incapable of sin” and in which he was justified in having a “harem” like King Solomon.

The plaintiff says that the “apostles” did not act alone. It all happened with the support of the Council of Bishops, the second level in the church structure. According to the lawsuit, the dome not only selects minors, most of them girls between 13 and 14 years old. They also act as figureheads for the apostle when buying property and amassing the donations and profits that facilitated the ostentatious lifestyle of the leader and his relatives: purchases of hundreds of thousands of dollars in luxury stores, properties in high-end neighborhoods with golden facades and monumental celebrations to celebrate him on his birthday.

According to testimonies of former members of La Luz del Mundo, there is a whole structure that controls attendance, religious donations and the behavior of the faithful, often from the pulpit. “It is not a church, it is a mafia,” Martin accused. Unlike the legal case, where only the apostle and three accomplices are listed as defendants, members of the Council of Bishops and direct relatives of the leader are also named in the civil lawsuit. Among the accused are Uzziel, Rahel and Benjamín Joaquín, brothers of Naasón, as well as his wife, Alma Zamora de Joaquín, and the only male child of the marriage, Adoraim Joaquín Zamora.

La Luz del Mundo, which claims to have five million members and a presence in almost 60 countries, has accused Martin of conspiring to stain the name of its leader. The Church has discredited her testimony as “lies and slander” after the applicant gave a television interview and appeared in a documentary series that premiered this year. The faithful defend the innocence of their leader and trust that he will be released this year. “He will continue and continues to be the apostle of Jesus Christ,” he said last week to Millennium Ezequiel Zamora, a spokesperson for the organization.

“We have filed this case to protect the children who are still in The Light of the World, we want them to know that they are not alone,” said attorney Jeff Anderson, who expects more victims to join the cause. The outcome of the plot that has put the second church with the most followers in Mexico on the ropes has yet to be defined in the courts of the United States.

The Israeli authorities in Yafa (Jaffa) are continuing to crack down on Arab fishermen to be able to stop them from working, Arab48.com...

Educational authorities in North Korea have ordered all primary and secondary schools on vacation from July 1,...

Russia’s Kremlin yesterday called on Turkey to maintain Hagia Sophia’s status as a UNESCO world heritage site and not to return it into...

NASA’s asteroid watchers have given a heads-up about five asteroids headed toward Earth in the...

The tech boss who lost more than a billion