Home Trend Maduro restricts the return of Venezuelan migrants and changes his speech with... 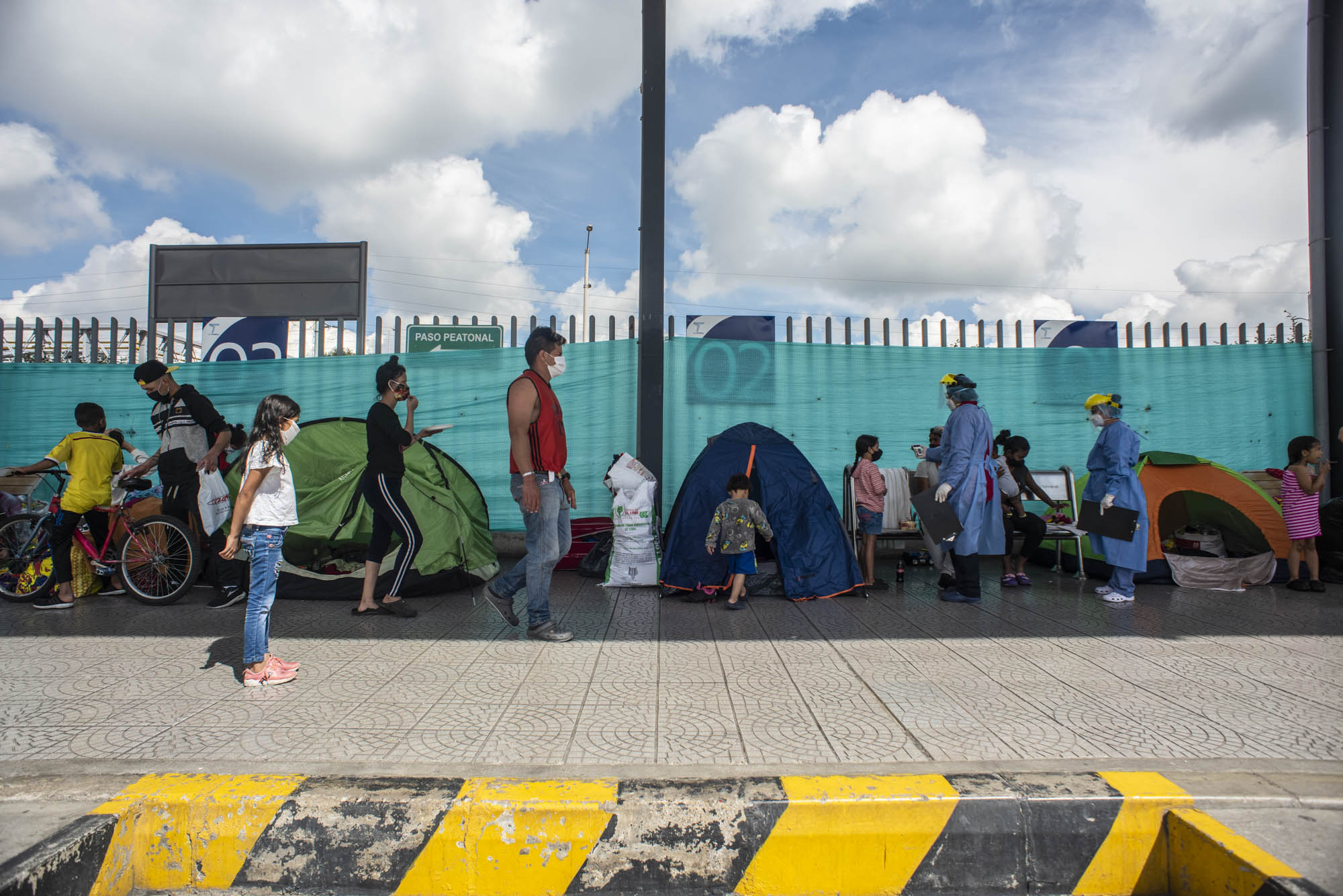 The scene, with some variations, has been repeated in recent months in various cities in Colombia. Hundreds of Venezuelans pushed by their limited survival options in the midst of the pandemic, many with children in arms, remained this weekend in a makeshift camp on the separator of the northern highway, one of the access roads to Bogotá, with the Hope to get on a bus that takes them to the Cúcuta border, more than 500 kilometers away, and from there to cross to Venezuela. Starting this Monday, they face additional obstacles in their improbable journey, since the Government of Nicolás Maduro has imposed new restrictions on the return of its citizens.

With the advance of the quarantine, the Chavista leader has changed his speech with open arms to the migrants who, from tens of thousands, began to retrace their steps when the crisis of the covid-19 broke its precarious stability in the places they reached. by escaping hyperinflation, scarcity and insecurity. “They return fleeing from xenophobia in those countries,” Maduro insisted in an attempt to capitalize on the return, after a massive exodus occurred during his government. Now, in the Chavista narrative they are spoken of as “biological weapons”. In the daily part of the confirmed cases, it is underlined that most of them are “imported” from Colombia and Brazil. Maduro has even assured that the President of Colombia, Iván Duque, sends “contaminated people” to Venezuela, but this Sunday was a step further.

“I tell all Venezuela not to accept people who have gotten into the trails [pasos informales] and he has circumvented the sanitary controls to get to his house, ”he said on television. “All the effort we have made, so that a person on a whim and irresponsible ends up contaminating his family. I ask for help from all the governors and the people. If you have a neighbor, call the police, the Armed Forces or the nearest sentinel hospital so we can go find that person. ” Colombia has more than 1,200 deaths associated with covid-19 and borders on the 40,000 cases detected. Venezuela, with a low diagnostic capacity, officially reports 2,377 cases and 22 deaths.

This twist with discriminatory overtones complicates the already delicate situation of migrants. Relations between Bogotá and Caracas have been broken for more than a year, Duque branded Maduro as a “dictator” and his unrestricted support for Juan Guaidó, whom he recognized as the president in charge, has raised tension between two permanently confronted governments. However, despite the fact that Colombia has kept its borders closed since March as part of efforts to contain the virus, immigration authorities have opened humanitarian corridors along a porous border line of more than 2,200 kilometers. From the Colombian departments of Norte de Santander, Arauca and, to a lesser extent, La Guajira – where passage is sporadic – more than 500 daily returnees were allowed to pass.

But Maduro has decided to impose new barriers this week, by reducing the authorized reception numbers. First, it limited to three days a week the passage from Arauca through the José Antonio Paéz International Bridge, and starting this Monday it will do the same with the Simón Bolívar International Bridge, the main border crossing, between Norte de Santander and the State of Táchira. The transit of people will only be allowed on Mondays, Wednesdays and Fridays, in groups of 300 people maximum, from Norte de Santander, and a hundred, from Arauca.

These restrictions imply a reduction of close to 80% in the return of Venezuelans, according to the calculations of Migración Colombia, which represents new problems in managing the care of migrants who in various cities request help to return. Avoiding crowds that could end up in pockets of contagion in Norte de Santander and Arauca remains a concern. “We will have to make the corresponding decisions that allow us to guarantee the right to migrate but also a health protection for the Venezuelan population residing in the country, as well as for the population in transit,” said Juan Francisco Espinosa, director of Colombia Migration.

The pandemic has starkly portrayed the precarious situation of Venezuelan migrants and refugees scattered throughout Latin America. Colombia, by far the main destination of a diaspora that already exceeds five million people worldwide, updated its official figures last month. By the end of March, when the national quarantine was in force, Colombia was hosting 1,809,000 Venezuelan citizens, a slight decrease of 0.9% compared to February. It is the first time in five years that the migrant population has declined. However, a recent report by Human Rights Watch (HRW) points in the opposite direction, warning that the advance of the pandemic in Venezuela may “cause more people to try to leave the country.”

During the health crisis, more than 71,000 Venezuelans have voluntarily returned to their country in nearly a thousand buses coordinated with mayors and governments that have taken them to the border from different parts of Colombia. Confinement measures prevent them from earning a living in the cities where they had found refuge, and many have even been evicted from their homes. The situation tends to worsen. According to all projections, in the main host countries, where Venezuelans often feed the ranks of informality, poverty and unemployment will increase. The Duque government has reiterated on multiple occasions that it does not promote these returns, but it must respect their right to migrate even in the midst of quarantines and the closing of borders.

Matt Porter insists PDC not given up hope of hosting the World Matchplay with...