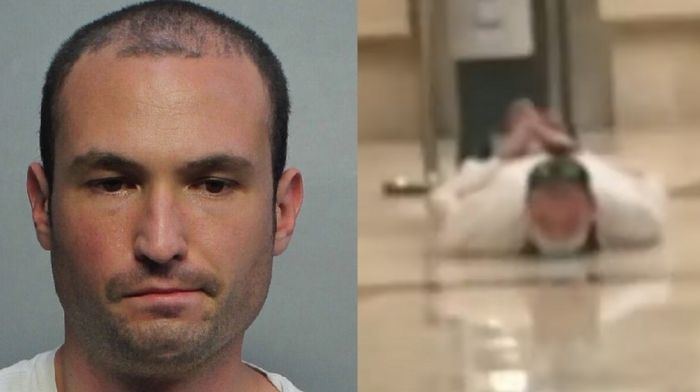 A man opened fire in a hotel in Miami Beach, Florida because a mother and son were not social distancing, police are saying.

The shooting reportedly took place on Monday night at the Crystal Beach Suites Hotel on Collins Avenue, where Douglas Marks reportedly walked into the lobby and saw Veronica Pena sitting on a couch with her son, according to The Blaze.

“You all aren’t social distancing,” Marks told the pair, according to the police report. He then added, “You all need to leave.”

When Pena and her son ignored the man, he became enraged and said, “Let me take care of them, I have two people not following directions.”

He proceeded to pull out a gun and opened fired. An anonymous male witness stepped in to shield Pena and her son from the bullets, and they later said there were “like six” shots fired.

Police said that Marks “continued to scream commands to social distance while holding the firearm and subsequently fired several shots.”

“The guy came and started shooting,” a witness said. “The son and the mom were, like, crying, and they were scared.”

Sign up to receive the latest political news, insight, and commentary delivered directly to your inbox.

Why SMEs are increasing their cyber insurance budgets