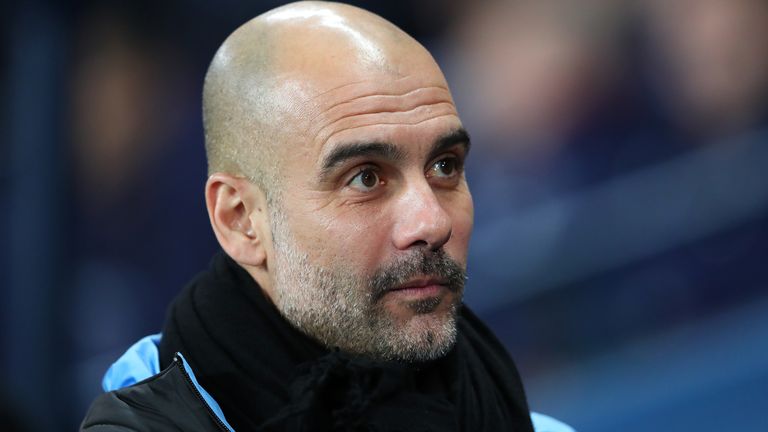 Pep Guardiola says Manchester City deserve an apology after the Court of Arbitration for Sport (CAS) overturned their two-year ban from European competition.

On Monday, CAS removed the suspension UEFA had handed to City – and reduced their initial €30m fine to €10m (£8.96m) – after finding “most of the alleged breaches reported were either not established or time-barred”.

UEFA had accused City of breaking their Financial Fair Play (FFP) rules by overstating sponsorship revenue in their accounts and in the break-even information submitted between 2012 and 2016, as well as failing to co-operate with its investigation.

Guardiola believes City have had to put up with “whispering” from other clubs about their conduct off the field, but after CAS’s ruling, he says: “We should be apologised [to].

“If we did something wrong, we will accept the decision. But we have the right to defend ourselves when we believe what we have done is correct. Three independent judges said this.

“Yesterday was a good day for football, because we played with the same Financial Fair Play rules as all the clubs in Europe. People said we were cheating and lying, and many times the presumption of innocence was not there.

“This club has tried for all history to do our best on the pitch. What we have done in the last decade is because of what happened on the pitch.

“The elite clubs have to understand we deserve to be here. We want to go on the pitch and compete with them. We deserve to get stronger year by year. We have incredible people working in this club to make our fans proud.

“We don’t have to ask permission to be there; we deserve to be there. When we lose I will shake the hand of my opponent and will congratulate them.

“Guys, accept it. If you do not agree, just knock the door of our chairman or CEO and talk. Don’t go from behind, whispering, like six, seven, eight, nine clubs do. Go and do it on the pitch. Let’s go.

“We invest a lot of money, like a lot of clubs. But we did it on the right things – if not, we would have been banned. And we are not banned, because we followed the rules of Financial Fair Play.”

A Manufacturing Exodus in China—Fact or Fiction? – The Diplomat

‘We Could Not Be More in Love’