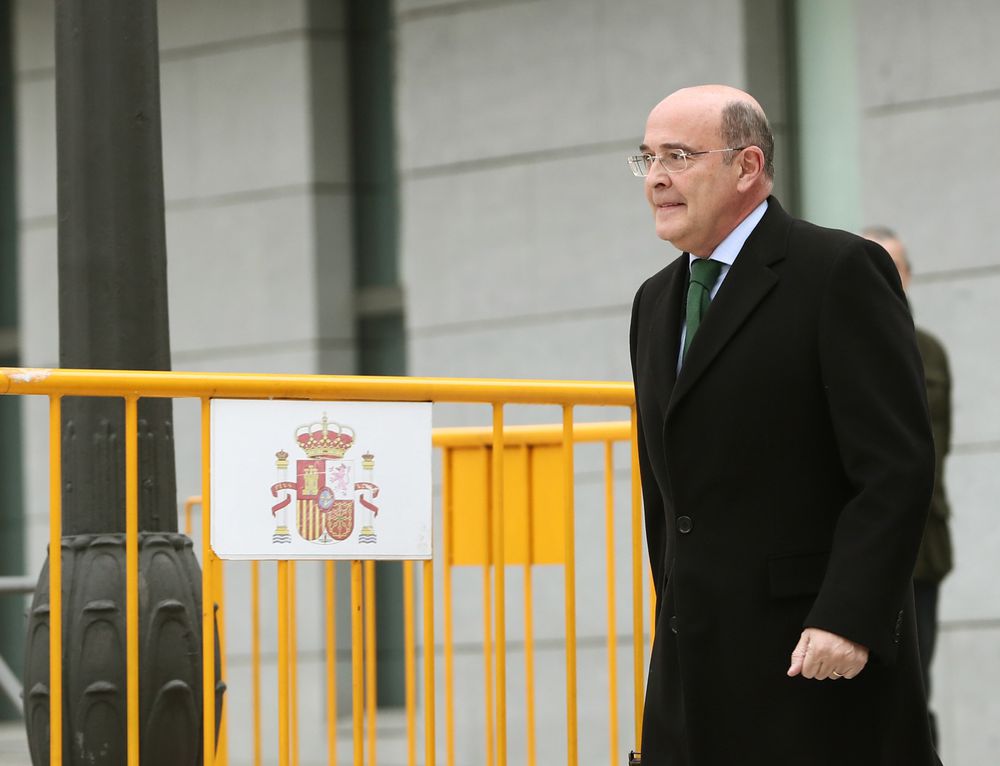 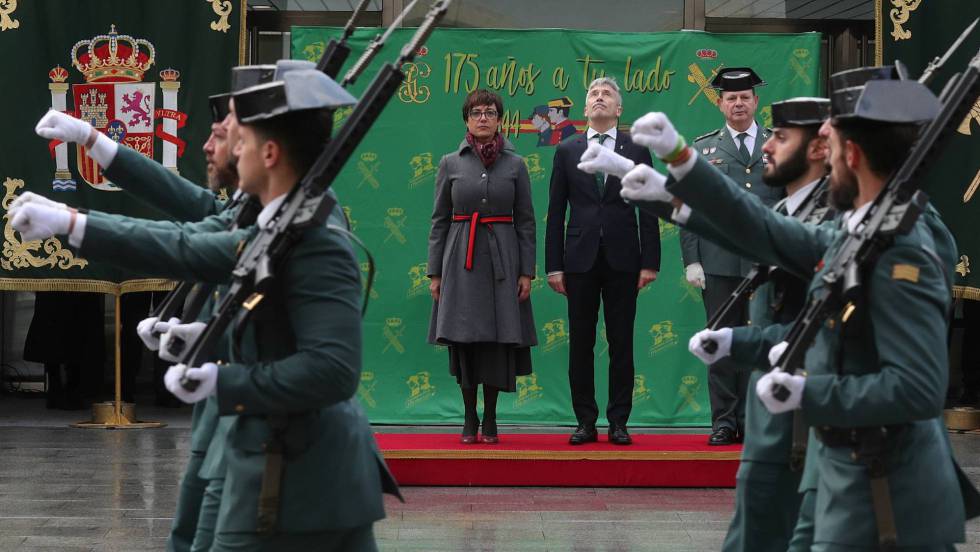 The Interior Minister, Fernando Grande-Marlaska, announced on Monday the resignation “due to loss of confidence” of Colonel Diego Pérez de los Cobos as head of the Civil Guard in the Community of Madrid. The replacement is caused by the sending of a report to the judge investigating the call for massive events such as the 8-M demonstration, Women’s Day, shortly before the state of alarm was decreed by the covid-19, as confirmed by various sources. Interior believes that this text, which points to Fernando Simón, director of Alertas Sanitarias, reflects “a lack of political neutrality” on the part of Pérez de los Cobos.

The report was prepared by the Civil Guard at the request of the head of the 51st Investigating Court of Madrid, Carmen Rodríguez-Medel, who is investigating the government delegate in Madrid, José Manuel Franco, for authorizing the holding of mass events such as the demonstration in the capital of 8-M, the Vox congress on the same dates and the dispute of a soccer league match at the Wanda Metropolitano stadium, which brought together more than 60,000 people. The magistrate sought to find out what was the course given to the March 2 report of the European Center for Disease Control and Prevention, which alerted to the spread of the disease. Specifically, he wanted to know which body received it in Spain, if it in turn distributed it to other authorities and, specifically, if it forwarded it to the Government Delegation in Madrid.

The report of the armed institute was finally forwarded last Thursday and Simón was identified as one of the alleged perpetrators of what happened and even attributed the commission of crimes, according to sources familiar with the same. The police document highlighted that the director of the Center for Health Alerts had led to the suspension of an evangelical congress that was to be held in Madrid between March 19 and 21 and, nevertheless, facilitated the 8-M protests and other mass events. Simón assured in the press conference this Monday that he has “no fear” of being investigated and insisted that the Women’s Day protests had a “marginal” impact on the spread of the disease.

The leader of the Popular Party, Pablo Casado, on May 12. On video, his statements on the removal of Pérez de los Cobos. (Video: Europa Press)

According to Interior sources, the report included numerous “subjective” evaluations by its authors that go beyond what a document of this nature should be and directly blame Pérez de los Cobos. “The report is the straw that breaks the glass of a succession of actions that reveal the lack of political neutrality required of a public official,” said the department’s officials. The proposal for the dismissal came from the Secretary of State for Security, Rafael Pérez, and was accepted by Grande-Marlaska. Pérez de los Cobos was notified by the director general of the Civil Guard, María Gámez, sources from the armed institute confirm.

Several sources of the Civil Guard agree in stating that a high position of Interior telephoned last Sunday to Colonel Pérez de los Cobos, superior of the agents who prepared the document in his capacity as head of the Commandery of the Civil Guard in Madrid. He held this position since April 2018, after 12 years as a high position of Interior in which he directed, among other actions, the police deployment against the illegal referendum of October 1, 2017 in Catalonia. The trigger for the call was the publication days before in The confidential of information on the existence of that report in which it was highlighted that it included accusations against the director of Alertas Sanitarias. In the conversation, the high office of Interior allegedly demanded information from the colonel about the proceedings carried out by order of the judge.

Always according to the coincident account of the sources consulted, the colonel assured his interlocutor that he did not know the details of the report and that, in any case, he could not obtain it from his subordinates since they were investigating under the direction of the judicial authority and, by Therefore, his performance was reserved. The high office then announced his next dismissal, which materialized this Monday morning. A spokesman for the Interior denied “categorically” this account of the events and assured that no one from the ministry claimed information about that investigation under the command of the Civil Guard.

Coinciding with the cessation of the colonel, Judge Rodríguez-Medel issued an order on Monday requesting the practice of numerous proceedings, including the taking of a statement as the defendant for June 5 of the Government delegate in Madrid, as well as the questioning three witnesses. In the ruling, to which EL PAÍS has had access, the magistrate complains that the result of some of the proceedings is being disseminated in the media, and warns the parties in person – with special mention to the Prosecutor’s Office and the State advocacy — that doing so would be a crime, reports J. J. Gálvez. In the brief, the judge reminds the Civil Guard officers who participate in the investigation that, in their role as the Judicial Police, they must keep “rigorous reservation about the evolution and result of the specific investigations that have been entrusted to them, as well as of all the information that they obtain through them ”. Rodríguez-Medel also reiterates that they should only inform her of their progress.

The dismissal of Pérez de los Cobos has caused enormous discomfort within the Civil Guard, as this newspaper has been able to verify. Commanders of the armed institute compared their situation with that lived in August 2018 by another colonel of the Civil Guard, Manuel Sánchez Corbí, then head of the Central Operational Unit (UCO). Grande-Marlaska also dismissed this command for “lack of confidence” after the colonel ordered the suspension of certain activities from ongoing operations for lack of reserved funds “without the authorization of superiors or judicial authorities.” This Monday, the Professional Association of the Civil Guard (Aprogc, which defends the military character of the institution) issued a statement in which it branded the minister’s decision as “unjust and partisan” and defended the actions of the hitherto head of the Command de Madrid, which they describe as in accordance at all times with the law.

The PP leader Pablo Casado announced this Monday, after the meeting of the leadership committee of his party, that he will request the appearance in Congress of the Interior Minister, Fernando Grande-Marlaska, to explain “the real reasons” for the removal of the chief of the Civil Guard in Madrid, Colonel Diego Pérez de los Cobos. Married described this dismissal as “assault” on the institution. Citizens also advanced that he will request it to explain “what are the real reasons that in a situation like the one we are in, the main command of the Civil Guard in Madrid ceases.” Vox has already registered a request in the same sense, although it linked the cessation to an alleged controversy over the protection of housing in which the second vice-president of the Government, Pablo Iglesias, resides in Galapagar (Madrid).

Dancing On Ice semi-finals kick off in style