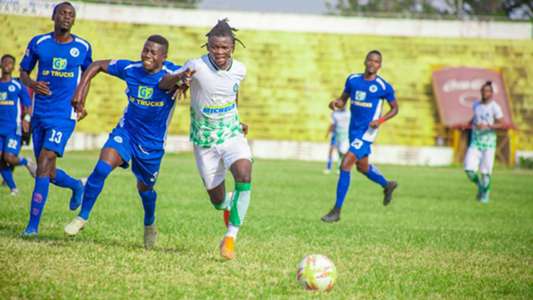 Mbao FC have been relegated from the Tanzania Mainland League despite their 4-2 win over Ihefu FC in the promotion/relegation play-offs, losing the two-legged tie on away goals.

In the first leg, Ihefu managed to claim a 2-0 win courtesy of goals from Steven Mwaijala, who scored from the penalty spot after just four minutes, and Mridi Tangai, who struck with six minutes to go.

On Saturday, the Mwanza based side needed a convincing win to turn the tables and stay in the top tier.

Striker Waziri Junior, who finished as the league’s second-best goal scorer with 13 goals, opened the scoring in the eighth minute after heading in a Paul Peter cross to give his team hopes of getting a needed scoreline to play in top-flight football beyond this season.

However, in the 40th minute, Mbao conceded a free-kick which was taken by Sudi Mlindwa, Joseph Kinyozi managed to flick it past the defenders and into the back of the net to level the scores and break the hearts of home team supporters.

With seconds to the break, Babilas Chitembe managed to head the ball on the path of the dangerous Waziri, and the forward unleashed a one-time rocket to ensure Mbao went to the break with a slim advantage.

Two minutes after the…

Airtel, Vodafone And Jio Turned Off The Internet In Delhi To Clamp Down On...