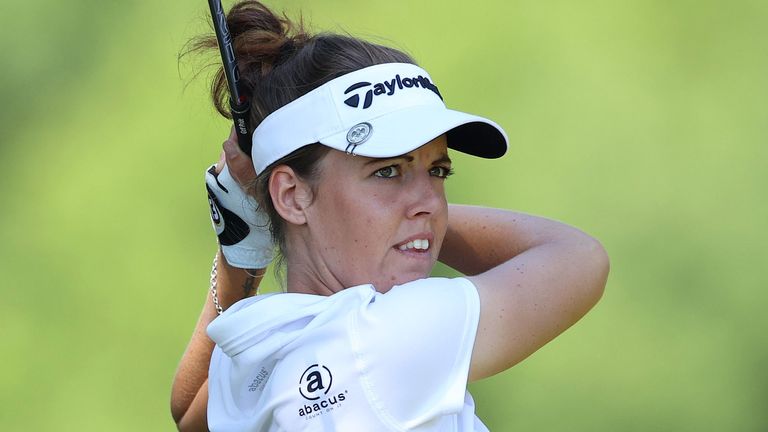 Meghan MacLaren registered her first win on the Rose Ladies Series with a two-shot victory in the latest event at Moor Park.

The two-time Ladies European Tour winner posted a three-under 69 in hot and humid conditions in Hertfordshire to top the 51-player leaderboard and win the £5,000 first prize.

The Englishwoman’s closest challenge originated from amateur Samantha Fuller and Liz Young, who moved top of the Order of Merit after a second runner-up finish in as numerous weeks, while Gemma Dryburgh posted a level-par 72 to finish three strokes in a share of fourth.

MacLaren got off to a fast begin by following an opening-hole birdie with an eagle at the par-five fourth, before posting back-to-back birdies from the fifth one her method to reaching the submit 32.

The 26-year-old fleetingly got to six under after starting her back nine with a birdie, simply to double-bogey the following after getting a two-shot penalty for playing the wrong ball and then card successive bogeys from the 12th.

MacLaren recovered to birdie the 15th and finished with three pars to create the clubhouse target, with Fuller two strokes in tied-second following a penultimate-hole bogey dropped her to one under.

Charley Hull, one of three players to play 36 holes after competing in the Worplesdon Charity Pro-Am before generally making the 35-mile trip to Moor Park, ended tied-seventh after mixing six birdies with seven bogeys in an eventful one-over 73.

Solheim Cup teammate Bronte Law birdied the last to close an eight-over 80, seeing her finish in tied-34th, while Carly Booth was in a share of 42nd after shooting a round of 82.

The seven-tournament series continues next Thursday at Buckinghamshire Golf Club, with events running weekly until the Grand Final at The Berkshire and Wentworth from August 6-7.

Science, Splendor and ‘Dresden Green’ to Impress a Sovereign