Home Sports Mick McCarthy on Jack Charlton: He trusted me, had faith in me... 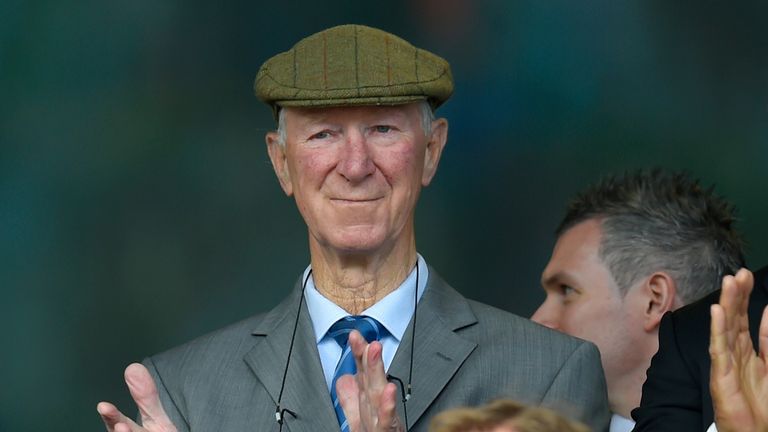 Mick McCarthy remembers Jack Charlton for the warmth of his personality and as a great manager – but above all says “he was my pal”.

The legendary England 1966 World Cup-winning defender and most successful manager in the Republic of Ireland’s history died last Saturday, aged 85.

McCarthy succeeded Charlton as Ireland boss in 1996, following a decade of unprecedented glory under the man who led the nation to three major tournaments, at which McCarthy as the captain was a key member.

He describes the decision to take over the role from Charlton, as “one of the most stupid things I’ve ever done,” despite delivering further triumphs in his six years in charge.

“My memories of Jack, and everybody has a story about him, is of a friend,” said McCarthy, who won nearly all his 57 caps under Charlton.

“I first met Jack at a pub called the Red Lion in Rockley, Yorkshire. He was the manager of Sheffield Wednesday and I was playing for Barnsley.

“I’d see him in there fairly regularly. Whenever he walked in, he’d always cause a stir. He wasn’t happy when I got him involved in my round.

“I bought him one pint and he had to buy eight! He wasn’t pleased. We would play pool together and he was always great fun.

“When I played pool with him all those years ago, did I think of him as a friend? It’s difficult because he was such as authority in the game.

“When I played for him, we got even closer. He was a pal – not just my manager. Look, he told me what to do and I did it. And he’d have left me out like anyone else.

“More recently, if he ever came down to do something in the London area, he’d ring me up and ask if he could stay at mine. I’d say ‘yeah, of course.’

“Andy Townsend sent me something through the other day, and I replied: ‘I loved the man.’ And he messaged me back ‘So did I.’

“I will remember above anything else and all the other stories, somebody who had faith in me, who trusted me, and was a friend.”

The years preceding Charlton’s reign were difficult for the Republic of Ireland.

McCarthy had made his debut against Poland 19 months before the Football Association of Ireland turned to Leeds United’s record appearance holder in 1986, to change the narrative of Irish football in an era when rivals England, Scotland and Northern Ireland were regularly qualifying for World Cups and European Championships.

Former Liverpool manager Bob Paisley had been tipped to be offered the job ahead of Charlton, who had just endured a difficult spell with home-town club Newcastle.

“He called up about 30 players in his first squad for a game against Wales in 1986. I’d met him at a PFA event and he called me and asked if I’d like to join up,” said McCarthy.

“We had a coaching session one day at Leeds United’s training ground near Elland Road. That, for me, was where he put his marker down about how he wanted to play.

“We discussed the style of play. I hear about gegenpressing in today’s game. There are many ways of doing it. We’d put the ball in the opposition half, close them down, get the ball back – and with most international teams playing with a back three, Jack told us to knock it down the sides and we’d get the ball.

“He said some of the teams were so arrogant and think they’re so clever that they won’t just kick the ball out, they’ll try and play their way out.

“That’s when we’d set the traps, nick the ball off them, and play in their half. We worked at it and whether some loved it or loathed it, we became a really good team.

“Previously, we’d had good players – but we didn’t have a good team. We’d gone close in qualifying once or twice previously. Jack made us a hard-to-beat unit.

“Before Jack arrived, players would come over before games and then go and stay with their parents somewhere in Ireland. It was fragmented.

“He said that once you’d joined in with the squad, you stayed in. We’d all go to the cinema on a Monday night and at first there were a few grumbles at that.

“It was interesting what Jack’s managers said about him. Sir Alf Ramsey said he didn’t necessarily want the best players – he wanted the best team.

“When I look back now, Jack clearly believed that. I certainly wasn’t among the best players but he trusted me, had faith in me – and gave me the captaincy further down the line.”

McCarthy, who has managed Millwall, Sunderland, Wolves and Ipswich at club level, along with two stints as Republic of Ireland manager, was a cornerstone of his country’s success alongside compatriots Paul McGrath, Ronnie Whelan, John Aldridge, Chris Hughton, Niall Quinn and Andy Townsend.

He quit international football just before the 1994 World Cup in the USA, by which time he was some way into his first managerial role with Millwall.

McCarthy, now 61, considers himself fortunate to win so many caps given the calibre of defensive talent around him in the squad and thanks his mentor for having the faith in him at both Euro ’88, when Ireland beat England despite eventually not progressing from the group, before reaching the quarter-finals at Italia ’90.

“Then we had that great qualifying campaign for Euro ’88. Gary Mackay scores the winner for Scotland against Bulgaria in our group and we’re through. That changed everything.

“When I was first called up, I looked around the dressing room at the quality of the centre-backs and thought I’d be deliriously happy to get 10 caps.

“I wasn’t under-playing myself – I was just aware of the talent around me. Jack just saw something in me. If he said to me ‘We’re doing this,’ I made sure it got done.

“Jack got it tactically, he had his football knowledge and we all respected that. He said do this and do that. We did, and we won. That side was sorted.

“But it was his huge personality that made it a joy to be coming in. You’d always have a laugh with him. Nothing was deadly serious except when we got down to the football.

“He was such a warm character. You’d always get a big handshake and hug off him. You could sit and have a pint with him and chat about anything.

“It wasn’t always about football. He would be sitting at the back of the bus playing cards with the lads – interacting with them. He hated losing. We loved him.

“He never, ever mentioned his football achievements. He was quite humble about that. In fact, we never asked him. He was Jack Charlton – World Cup winner.

“Since winning the World Cup, he’d managed Middlesbrough, Sheffield Wednesday and Newcastle. England was in the past and he left it there. We knew what he’d done.

“That’s some testimony to what he was. I never saw him turn a photo or an autograph down. Sometimes you’d see two kids on the bus when we were about to go training and you’d wonder why they were there.

“He’d say they wandered down with their dads, so I thought I’d invite them to watch us train. Jack was very approachable and loved by everyone.”

It was in the comparative confines of tournament football where McCarthy felt Charlton excelled with his man-management.

“He didn’t make things too serious. We were there in Germany in 1988 feeling we could do well, but he didn’t put any pressure on us and we were so relaxed,” McCarthy said.

“If we’d been training hard, he’d let us go for a beer and socialise. He used to make tactical tweaks. Against England, he told the defenders to run at Peter Beardsley when he got the ball, to make him change direction.

“Jack didn’t dress it up as a lecture. It was just a tiny detail designed to stop him setting up chances for his team-mates. And we won the game.

“In 1990, things were a little bit different. I could see some tension in Jack and in some of the squad because we were now expected to do well.

“The World Cup in Italy was a better tournament for us. I’m not sure we played better football. We got the 1-1 draw with England, then played the horrible goalless draw with Egypt which we got stick for. Looking back, it was deserved.

“That set us up to play Holland. We got a 1-1 draw against them. It was a great evening and that put us through to the next round.

“Jack expected his players to possess quality. He also wanted hard work, discipline and above all wanted us to be a team. That’s how he made his own career.”

McCarthy succeeded Charlton as Republic of Ireland manager in February 1996, having just turned 37 – young for an international manager even now.

He oversaw a transition period which involved moving on without many of the stalwarts who had delivered success under Charlton.

McCarthy said: “It’s probably one of the most stupid things I ever decided to do. Trying to follow Jack? He’d just qualified for tournaments in 1988, 1990 and 1994!

“The players had been celebrated by the Irish public as part of those first two campaigns. The only way I could mess it up is if I’d gone back and managed the team.

“I got Jack’s blessing, though. I got words of encouragement and I always had his support. I ended up loving that job and it went wonderfully well.

“He told me he would never speak about me or the job in interviews, unless it was to speak positively – and I was eternally grateful for that.

“I heard a guy on the radio who was a 16-year-old at the time of Italia ’90. He said it lifted the spirits of the nation. It lifted the country commercially and financially.

“It was a tough time in Ireland back then. When I say that it’s almost as if I’m patting myself and the other lads on the back, and I’m not.

‘Liverpool a great fit for Ozil-esque Havertz’ – 20-year-old now ‘far too good for...

Tom Hanks, Rita Wilson All Smiles in L.A. After Bout with Coronavirus

Mi TV Models to Get PatchWall 3.0 Update in India With New Content Partners,...