Home Sports Baseball (MLB) MLB Season 2020: All You Need To Know About The Opening Schedule... 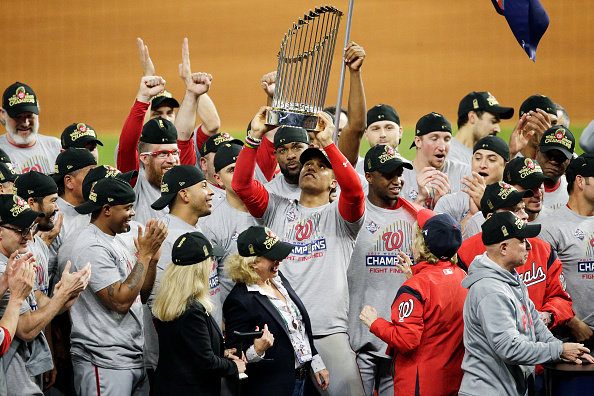 With the onset of the Covid-19 pandemic, all outdoor and team games came to an abrupt stop. But things are finally looking better now. While the scientists are racing away to find a vaccine, some brave sportspersons are also returning to the grounds to entertain their audience. Pro-baseball players will soon return to the turf as the MLB season 2020 plan was recently approved.

At the beginning of July, all 30 teams started their basic training. By 23rd July, the games will be in full swing. The league has decided to schedule a 60-game regular season with subsequent playoffs. Fans are super excited since they were eagerly waiting for the games to resume, ever since the lockdown started in March.

The schedule is tailor-made to cut down on travel to ensure the safety of everyone involved. Each team will host training camps at their own ballparks. When the regular season resumes, each organization will take part in 10 games each, against the other 4 in their divisions. They will also play 20 interleague games against foes in the same geographical region. Hence no team will play against any opponents outside these 2 divisions.

Apart from the change in match-ups, there are some other changes as well. The designated-hitter rule will be in use by both the American and National Leagues in MLB season 2020. Extra-innings will be kept as short as possible, with a runner at the second base at the beginning of each half-inning.

The next change will be that, if there are interruptions for the weather, the game will continue from where it was left. No more restart! Some changes made in the off-season will continue, including a three-batter minimum for each reliever.

Each team will be allowed to bring 60 players to camp and a 30-man roster. Transactions have also opened, with 31st August as the deadline for the MLB season 2020. There will be no postseason changes. Forbes reports: “Five teams from each league—the three divisional champions and two Wild Card squads—will compete for the World Series starting with a Wild Card game, then a best-of-five Division Series, followed by best-of-seven matchups for both the league pennant and World Series.”

15th September: Deadline for adding players to the roster for postseason eligibility

The Nationals will host the Yankees on Opening Day in a matchup between last year’s champion and this year’s co-favorite.

The Nationals will be the first defending World Series champions to open their season against the Yankees since the 2005 Red Sox. pic.twitter.com/iFM89kFVBw

SBD has opening MLB odds as do many other sites for all baseball enthusiasts! Here are the projected win totals, as per Forbes:

That mostly covers how the MLB season 2020 is going to move forward. While we hope for the safety of everyone involved, we really can’t wait for the games to begin!

Auschwitz survivor’s ‘responsibility to the lifeless’

Albert Ramos-Vinolas: ‘I Didn’t Feel I Was Going To Be A Professional’ | ATP...