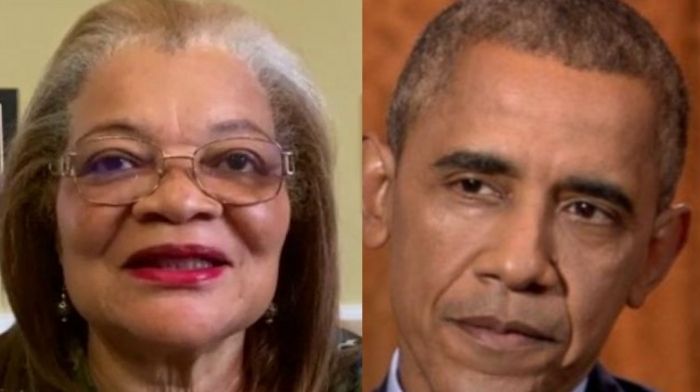 Earlier this week, Barack Obama hijacked the funeral of Congressman John Lewis, shamelessly using it to attack President Donald Trump. Now, the niece of Martin Luther King Jr. is firing back to blast Obama for what he did.

“I guess we should have expected that the left, including President Obama, would take that occasion for a political moment,” Alveda King said during an interview with “Fox & Friends.” “They’ll grab at any opportunity, that’s to be understood.”

“I’ve chosen not to politicize the death of Congressman Lewis, but remember him as a peaceful, nonviolent warrior, and encourage everyone to resolve our conflicts peacefully. However, President Obama, with wordplay, took us back to the 1960s. That was a time when segregation was still on the books, segregation was still legal, and those in power, some of them were trying to enforce that and keep that.

Today when the National Guard goes in or state troopers, they are trying to protect the people of America in every community and to save lives and protect people. There is a totally distinct difference. Also implying without calling any names— he was very clever not to call any names saying that there was an effort to undermine the voting process, you know.

Manzini: My family was also affected by tribalism at AmaZulu

These States May Be Hit Hardest Financially By The Coronavirus, According To Moody’s

Polish border guards detain 34 people from Middle East found in a lorry By...

Trump’s Christmas Eve admission: No gift yet for Melania