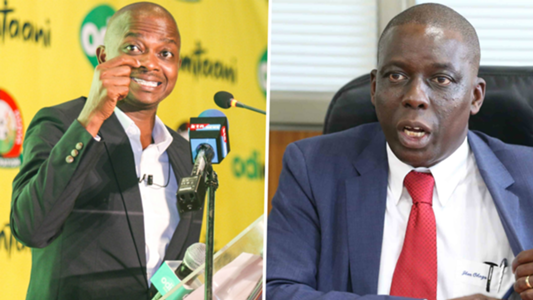 The duration of temporary orders by Mombasa High Court barring Sports Disputes Tribunal (SDT) from proceeding with matters touching on the Football Kenya Federation (FKF) has been extended.

The extension follows the suspension of court cases at the coastal city following a new wave of coronavirus infections that affected 11 staff members.

Following the number of infections, the Ministry of Health directed that court sessions in Mombasa are suspended and all staff members, cited as contact persons, were asked to self-quarantine.

The Health Ministry’s direction led to Chief Justice David Maraga closing down the courts in Mombasa in the intervening period meaning the SDT vs FKF case will not be heard as earlier scheduled.

In an order dated June 16, the matter was to be mentioned on June 29 to confirm and fix the date of the ruling.

“All matters scheduled to be heard or mentioned during this period shall be given other dates once court registry operations shall resume,” read part of Ogweno’s directives as seen by Goal.

“All interim orders set to expire during this period shall be automatically extended.”

The petition, questioning SDT’s role and its injunction on FKF, was filed by FKF Coast National Executive Committee Members Gabriel Mghendi and Lilian Nadundu, and the officials were recorded as the first and second petitioners respectively.

The interim conservatory order staying all the proceedings and further proceedings against FKF at the SDT meant also that the KPL case at the tribunal, challenging the cancellation of the league, was automatically suspended.

The SDT chairman John Ohaga had stated the KPL vs FKF case was set to be determined at the end of June.

The local tribunal had also, on two occasions, cancelled the impending elections by FKF.

FKF President Nick Mwendwa is on record asking Ohaga and his tribunal to stay away from interfering with the federation’s work.

“The tribunal has now been turned into a consultancy firm asking stakeholders to give the way forward. Since when did a court ask stakeholders to speak on matters of FKF?” Mwendwa, who is seeking the second and final term, said.